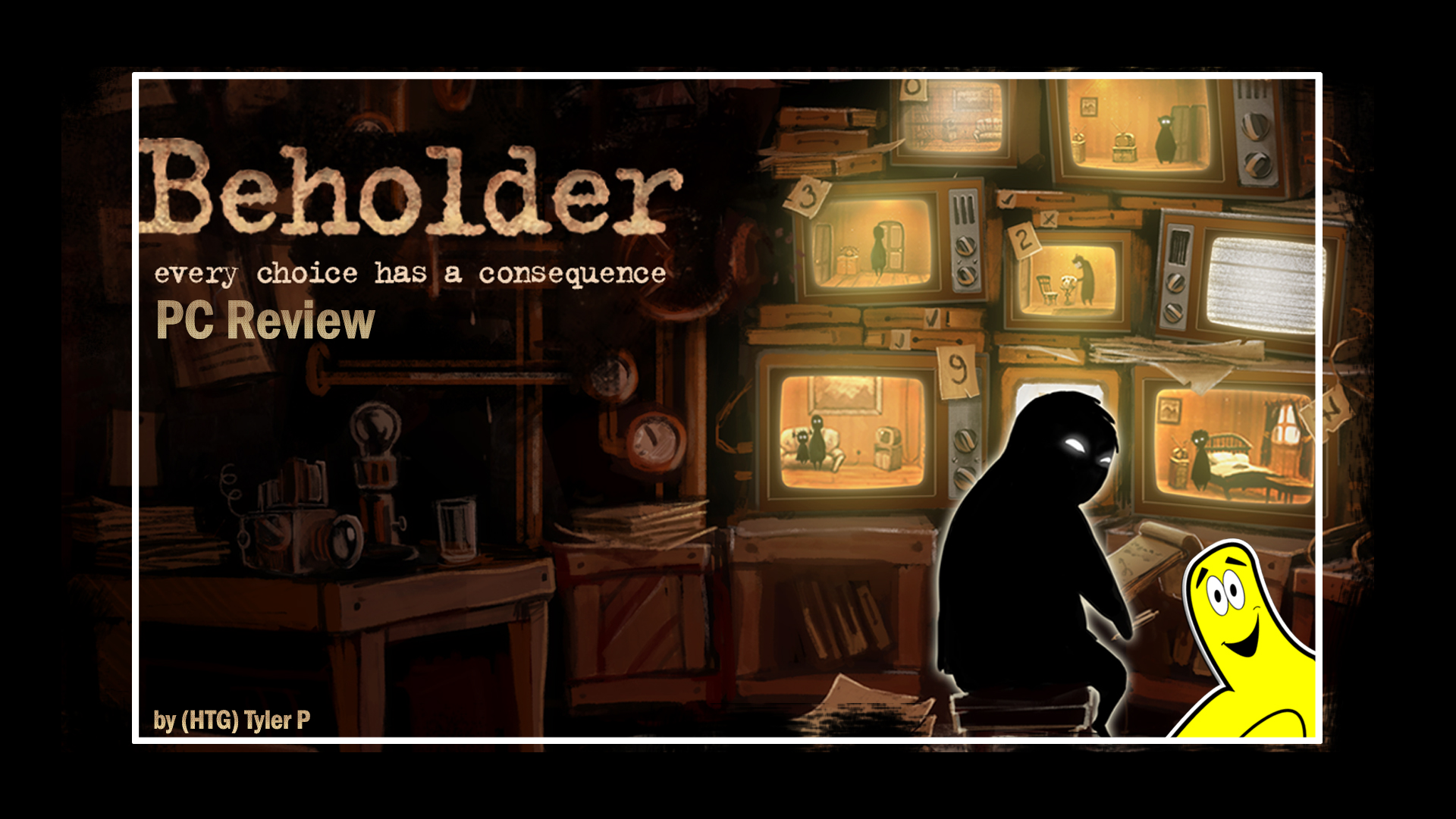 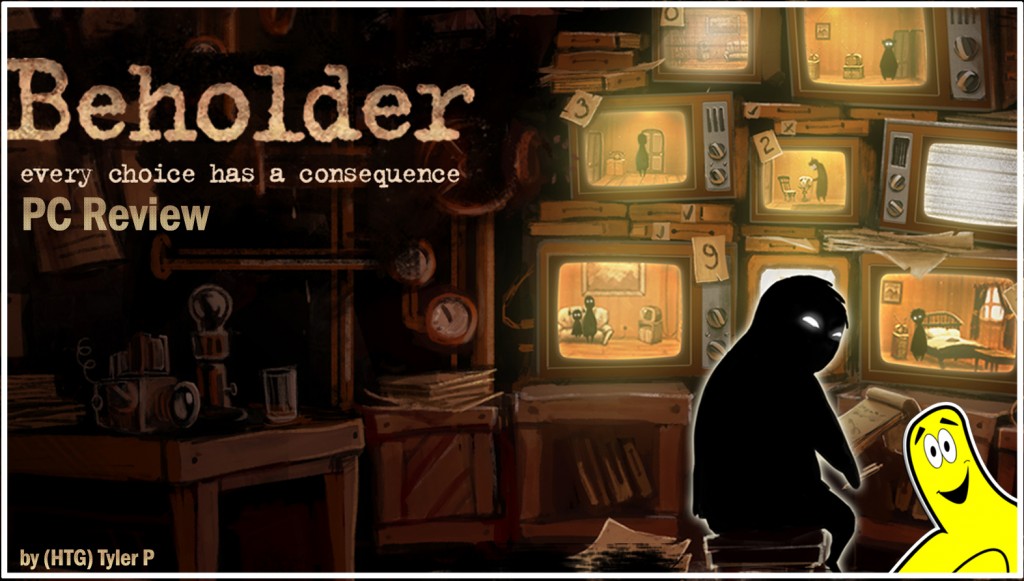 Beholder is the newest game developed by Warm Lamp Games that offers thought in the choices you will have to make in order to make the people you care for happy or please Big Brother (The State). It is a point and click game that requires thinking, so if you enjoy those, this might be right up your alley. 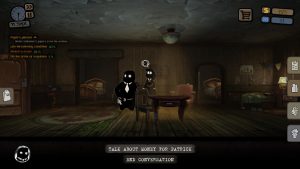 Story
Beholder is a dark toned game that takes place in a dystopian world where the state controls everything and your privacy isn’t so private. The game begins with the manager of an apartment complex being arrested due to not being able to fulfill the duties the state requires of him. You play as Carl Shtain, the new building manager who’s been injected with an experimental drug that suppresses his need to sleep. Your job is to spy on tenants and gather any information from them using hidden cameras, talking to tenants, going through their belongings, etc. If you come across any illegal activity you must report it to the state. There’s more to that though, Beholder offers many choices and the outcome will always different depending on how you play because you control the story. While focusing on the tasks at hand you not only have to worry about the state but you have to help your family that lives with you as well as respond to any needs of the tenants. Quests are constantly being handed out offering so much story it’s hard to keep track of everything. While trying to focus on earning money to try and help your daughter’s illness you may need to make a rash decision to help your son stay in school. Ultimately everything is based on how you decide to play.

Graphics
Visuals are something beholder does well especially in the graphics department. In the settings you are able to tweak everything to the way you wish to play like graphics quality and screen resolution. Someone who may want to play this game as smooth as possible with a not so great computer can do so by altering these properly. With so much going on in the game you are able to focus on certain areas easily. While black and white seems to be a theme here Beholder offers color in the areas that need to be focused on such as the room you might be peeking into as well as locating specific characters you may need to speak with. 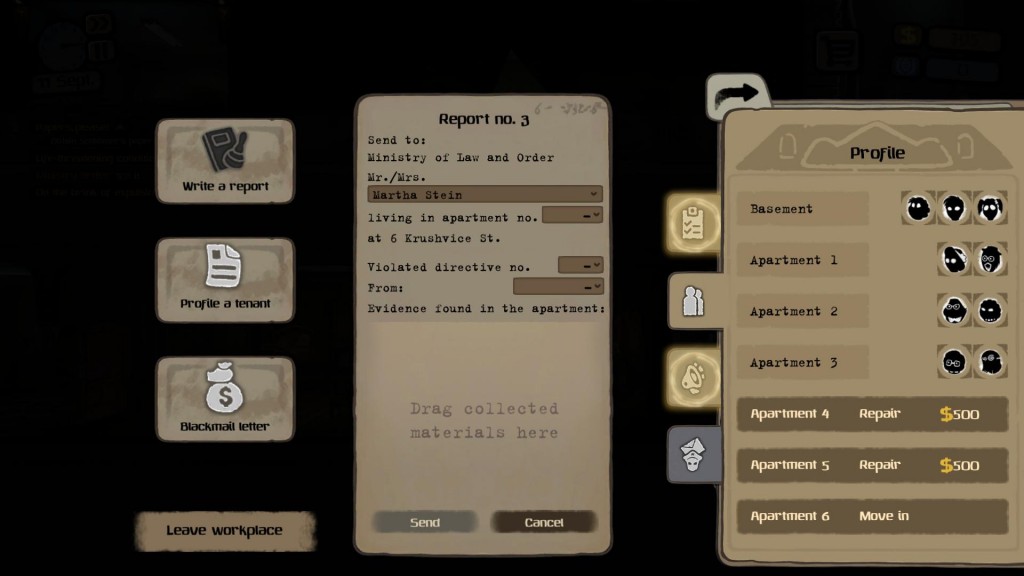 Audio
Along with Beholder’s dark theme it offers a basic soundtrack that suits it perfectly. While you are playing there’s a continuous dark mysterious song playing which blends in very well. During the cut scenes there are subtitles with what’s going on as well as narration which was a nice touch giving the story a voice.

Gameplay
The controls are very basic considering it’s a point and click but if you prefer the w,s,a,d keys they work too. There’s always something going on so trying to stay focused on one thing can be a struggle while trying to complete several objectives before their timers run out. You’ll be given several quests that may or may not need to be completed depending on what’s required of them but the main story quest given by the state is what needs to be focused. Sometimes progressing on side quests will help towards the main one in gathering info or earning money/reputation. Money and reputation are huge and needed to be focused on heavily because the choices that are made will affect these. For example ruining a relationship with a tenant will require reputation to make things even with them but if you have none you will need to help someone else like repair a TV to earn a little reputation back. Not all but the important quests are timed but don’t worry, you’ll be given a fair amount of time to try and complete them but failing to do so may result in losing money and reputation. Having little to none is an issue considering if a quest is failed and you don’t enough of the two left it will result in the state taking you away and getting a game over but don’t worry, you’ll be able to continue after your last checkpoint which is usually after the last completed quest. While there is fair amount of time to figure out what to do we struggled trying to figure certain tasks out. Money became an issue early on due to being asked for large sums to help pay for medical needs, school and other things. While stealing and selling the goods is an option it really wasn’t enough to match what we needed forcing us to find another way around. When looking for solutions more problems would slowly creep up on us unexciting and it really felt overwhelming after acquiring several quests each having a timer tied to it. Every in game day that passes a new law is passed down by the state which can be viewed on the right side of the screen in one of the four icons along with seeing what quests you have, who lives where and the profiles you made. If you struggle with something there’s a phone on the bottom right of the building which can give you info on an in game issues you may have but they were very vague and didn’t really help with any of the questions we had. 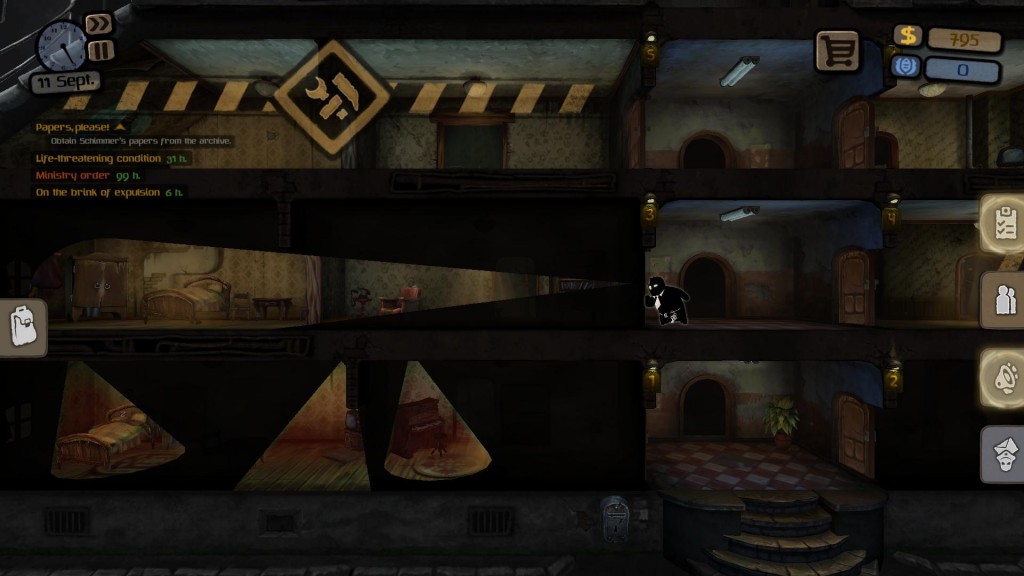 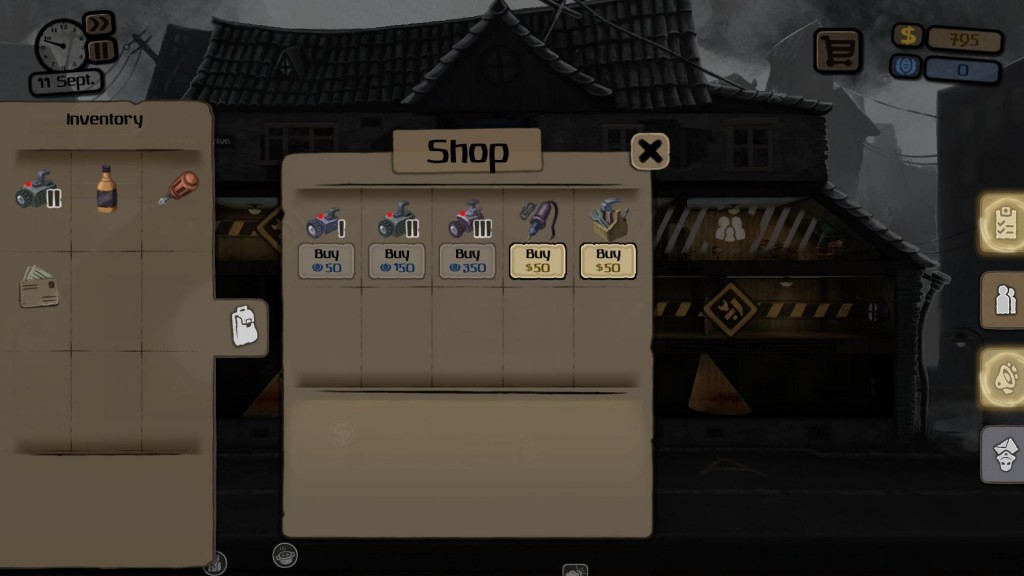 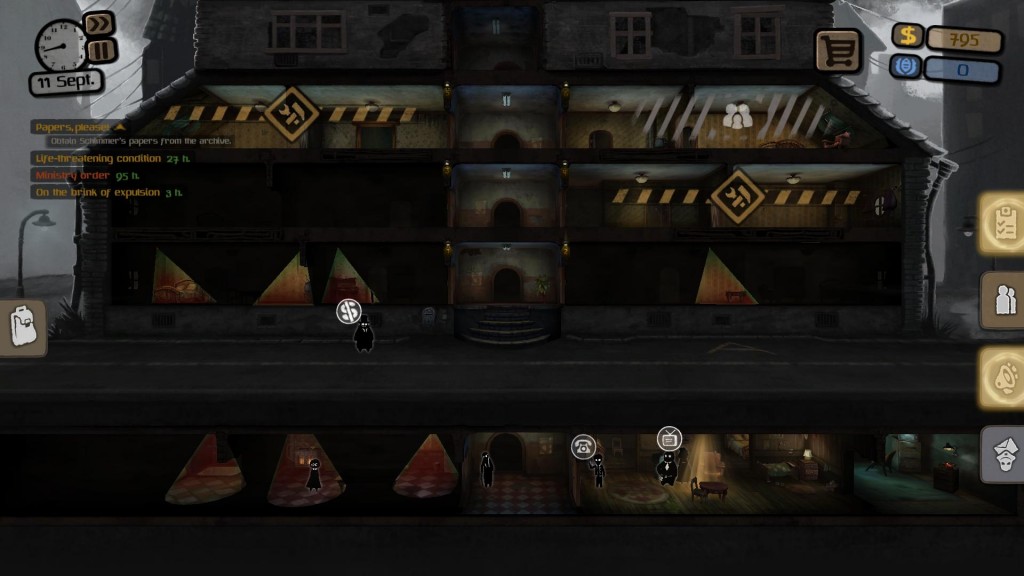 Conclusion and Rating
Beholder is a dark toned game with a story in which you control. Every choice that’s made may help or set you back depending on how you play. Overall the game felt smooth and had a solid story which left us wanting more as we progressed. The main struggle with Beholder is its lack of instruction on how to proceed in certain quests as well as feeling overwhelmed. Because of this the game gets a 4/5. Beholder is definitely a game for problem solvers and we highly recommend it if that’s what you like.