Home Blog Game of Thrones Episode 3: The Sword in the Darkness Review – HTG

Game of Thrones is back with episode three of the episodic game series released by Telltale games. The episodes will be released two to three months apart with a special sixth episode being released contrary to the usual five. The events of this series occur right after season three of the show and will continue until right before season five.

The story was very political again. It’s to be expected in such a universe, but it’s not my thing and it’s probably not a thing for some of you out there. This made it extremely boring for me. I couldn’t even pay attention. Honestly, I barely have any idea as to what happened in this episode because I was so bored and couldn’t focus, and I’m writing this a couple of minutes after playing the game. It’s that bad to me. Granted, if I was more into political manipulation I may be more interested, but, alas, I’m not.

That being said, I feel no connection to any of these characters. After three episodes they’re kind of just there. I play as them. I make choices for them. That is all. I would honestly not care if a single one of them died, which is bound to happen eventually in this game. My disconnect could be because of my lack of knowledge regarding this universe (this is my first ever exposure to the universe), but still. Telltale has dragged people into universes based on previous forms of media. They have The Wolf Among Us. They have The Walking Dead. They even have Jurassic Park and Back to the Future. In those, even with my lack of knowledge regarding some of them, I felt a connect. I was intrigued with characters I had never known and a universe that was entirely new to me. That’s why Game of Thrones is particularly frustrating to me. It’s as if Telltale isn’t regarding the fact that some of its fans haven’t been exposed to this universe and don’t know about it. Nope. They just kind of dropped us in here without proper knowledge and it is depressing to say the least. I really don’t care all that much about this story anymore. I have no idea what’s happening, can’t pay attention to it, and don’t care about the characters. Those are just my honest opinions regarding it.

At this point, I’m convinced the blurriness in the background of almost all the scenes in this game are intentional. They are everywhere and still just as annoying as ever. With nothing being done to make the problem better, I can only assume it’s intentional. The blurriness takes away from the beauty of the rest of the game. I’m focusing so hard on this issue that everything stunning is going right past my head, like the snow covered field scene. I barely paid attention to it during my first playthrough and didn’t really care when thinking back on it. It should have taken my breath away the first time I saw it, but I was too focused on the negative. If you can get past all of that nonsense though, the graphics are quite good and worth some sort of appreciation.

The audio, as usual, is beautiful. I’m in love with this soundtrack and the voice acting presented by both newcomers and the actors brought from the actual show. It’s downright gorgeous and I expect no less from Telltale. I’m looking forward to more of this beauty in the oncoming episodes.

The gameplay is that typical of a Telltale game. It’s a click and point game with branching dialogue choices that impact your story and the occasional quick time event which is superbly easy (you seriously cannot fail one of these unless you’re plain not paying attention to the screen). There was nothing other than that, which I was actually quite disappointed about. In the previous episode shooting gameplay was introduced with a crossbow. I expected to use this feature. I was sadly mistaken. This feature was not used in this episode and was not even mentioned as a possibility. I really wanted to shoot some people. Oh well.

I’ve mentioned this in my previous reviews and I’m going to mention it again: Game of Thrones is violent. The show is infamously known for it (insert the obligatory reference to the red wedding). The game isn’t too bad in my opinion, but a warning is still in order for those of you who may not take well to violence.

Despite all I have said, Game of Thrones is worth at least a quick playthrough, especially if you’re into the show and/or books. It’s short, around two hours of gameplay, and not expensive. Besides, if you’re into political manipulation, whether familiar with the Game of Thrones universe or not, this is the game for you. You will still have to make it past the graphics though. 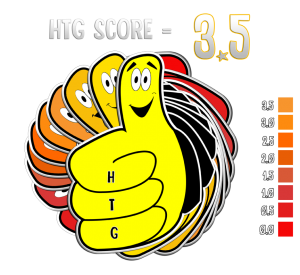