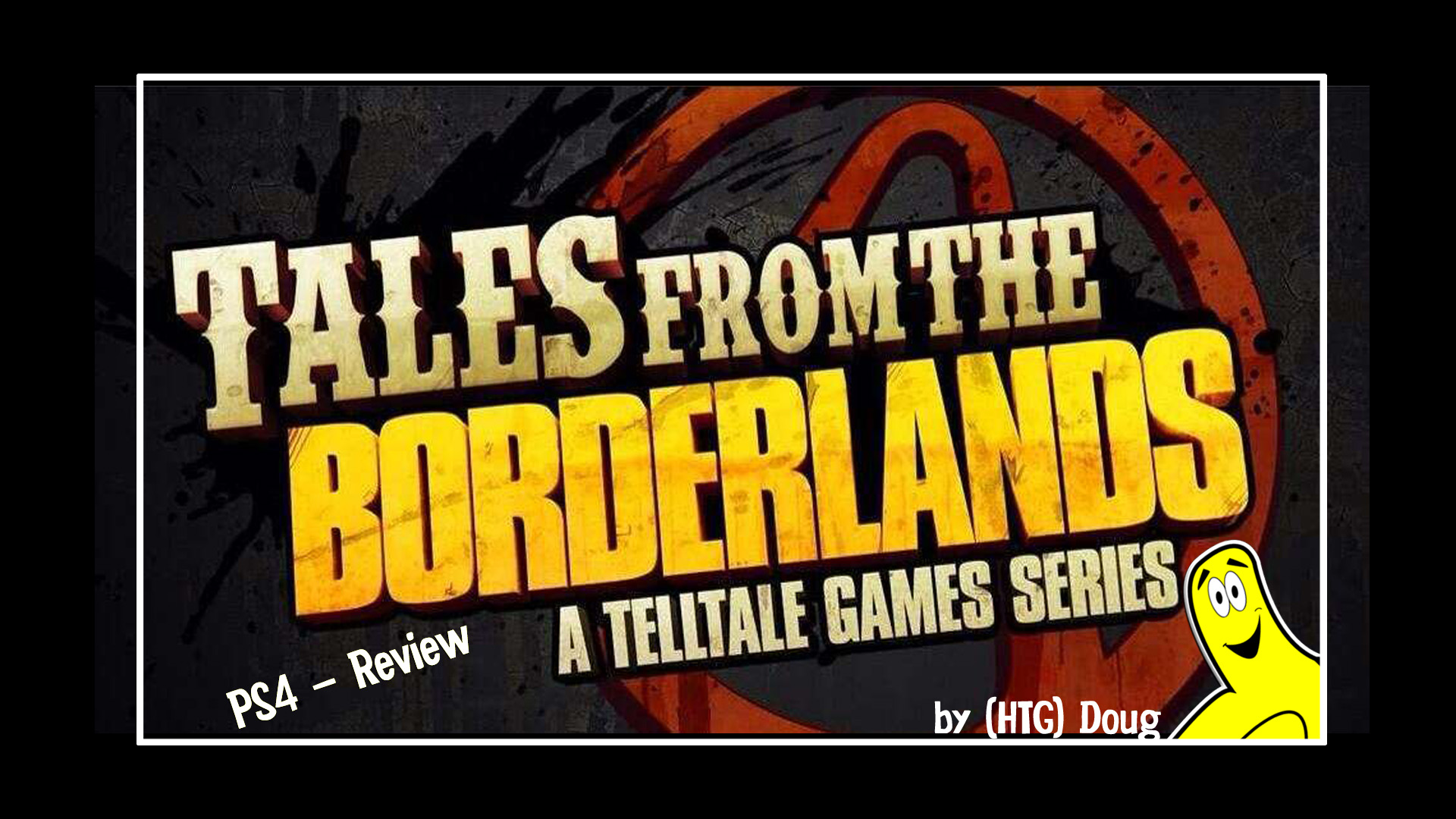 *There are minor spoilers for Episode 1: Zero Sum and Episode 2: Atlas Mugged in the following review.*

Tales from the Borderlands Episode 2, Atlas Mugged, picks up right after the first episode picks up with Fiona and Rhys continuing to tell the story to the stranger. With the big reveal at the ending of Zero Sum I was curious to see where the story went and whether it would be just as exciting and hilarious. What surprised me the most is that I think the story was even better, which I didn’t even think was possible. There were multiple times during the story when I just had to laugh out loud due to the hilarious banter and encounters. Further increasing the hilariousness of this episode is the introduction of some classic Borderlands characters and some teases of more to come. Without spoiling who appears, its always nice to see how the Tales from the Borderlands world interacts with the rest of the Borderlands universe in the weird and interesting ways, hopefully we will see some references in future Borderlands games. The throwbacks to past Borderlands games makes this episode that much more special but could be lost on people that have never played the Borderlands series. While the classic character that pops up is fun because I know the story, for anyone that hasn’t played them the encounter can come off as kind of boring and confusing and ultimately a little out of place. As i’ve said in the previous review you should read up on Borderlands lore a little bit to make this experience feel truly complete. My real complaint I have with Atlas Mugged is the ending. Zero Sum ended with an incredible reveal but Atlas Mugged’s finale seemed boring, while a lot of things happen towards the end they didn’t give me that Oh My GOD I can’t wait to see what happens next feeling. I’m still super excited to play the next episode but the ending did not help that at all, the characters and the world are whats going to keep me coming back until the end.

As with Zero Sum the graphics are still amazing and make you feel like your playing a Borderlands game. Actually there were a few moments were I though the graphics, specifically the coloring, were better and more exciting than the previous Borderlands games. Again I had none of the usual TellTale graphic glitches or issues that have been encountered in their other series like Game of Thrones. I’m not sure if this is because of the art style or something else entirely, but it’s working and I hope it continues throughout the rest of the series.

Almost all of the characters from the first episode return and bring with them their fantastic voice acting. Stars like Troy Baker, Nolan North, Patrick Warburton, Chris Hardwick, Travis Willingham, and a lot more all do incredible jobs as usual and really bring this world, these characters and encounters to life. On top of all that star power we have a special returning character that brings his voice back to the world and will undoubtedly make you smile and probably laugh. As with Zero Sum there isn’t too much music or background noise in Atlas Mugged, at least none that really stood out to me. I hope they do a little more with the environment sounds to make them really pop. To be honest sounds in the world are not something I ever really notice but its something that I will if it’s truly amazing and I hope they do something to change that for me.

Unlike Zero Sum, Atlas Mugged I felt was much more Story based than interactive this time around. Atlas Mugged had parts where you could explore the areas but they were pretty small and what needed to be done was pretty obvious to me making them go by very quickly. While this may disappoint you at first on the other side of it is that you get to experience more of the story, which is where the game truly shines. As in the first episode though the inventory system returns and reminds you that it’s pretty much useless other than to just show the player that items are being put somewhere. I would really like to see the the player be able to use some of the items that you’ve picked up to change the story in a unique way. This may change by the time you get to the end of the Episode 5 otherwise I feel like they introduced a feature that did absolutely nothing. Another gameplay feature that I find a little infuriating is the money system. Again in this episode you can find money in various places but then are given little to nothing to do with it. There was only one situation in the episode that let me spend my money and it was not something I feel was worth it or honestly really cared about. Again this could change by the end of the game but it feels very frustrating as a player when you have a feature that is doing nothing for you at the time. Other than those two questionable features the Quick Time Events return and the scanner that Rhys has plays a small part again. The scanner event was a little less exciting than last time but it was still cool to read the texts.

Watch the credits at the end or TellTale will know and remember it. You’ve been warned.

Coming into this episode I was skeptical and curious if it could be better than Episode 1 but five minutes in I already knew that it would be. Tales from the Borderlands continues to be absolutely fantastic and a must play for everyone out there. For $20 for the whole game its hard to go wrong. Other than the kinda boring ending this was one of the best episodes of any TellTale game I have ever played, so please go play it. If you have any questions or comments about this review, the game in general, or anything in general, feel free to ask them on Facebook, Twitter, Google+, Youtube, or in the comments below and we will do our best to get back to you as soon as possible. While you’re on the above pages be sure to like us, follow us, and subscribe to us to stay up to date on the latest news and information that we have for you guys. Also be sure to follow us on Twitch so you will know when we livestream and on Instagram so you can see all our awesome pictures. We hope you find this review useful and are enjoying the game!!!

0
0   0
previous Hand of Fate: PS4 Review - HTG
next Game of Thrones Episode 3: The Sword in the Darkness Review - HTG