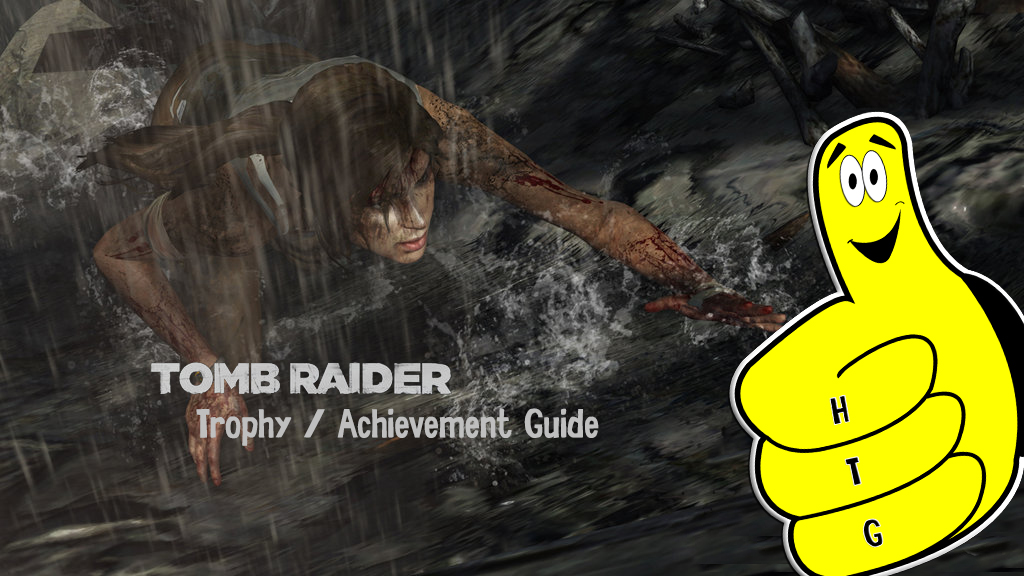 Any Glitched Trophies: Shopaholic possibly (In a good way)

Does Difficulty affect trophies: No

Unlike a lot of modern day games you cannot load a checkpoint to farm up kills or other combat related trophies.  Though at the end of the game you are allowed to keep playing to find anything you missed.  While fast traveling from one area to another it is possible to get the kills/combat related trophies as long as enemies have respawned.

Step 1: Play through the game once on any Difficulty

Gather all collectables and get the required kills or combat related trophies.

If somehow you missed anything use this step to clean up any optional tombs you may have missed or use Fast Travel and kill/loot animals and enemies.

If you make a mistake on Chatterbox you will need to start a new game and play though it just long enough to acquire all six conversations points.

You will be spending a good portion of this game online farming up enough experience to reach level 60.  It is possible to level up in private matches which will speed up the process if wanted.

Bookworm – Find 25% of all documents

Historian – Find 75% of all documents

Relic Hunter – Collect 25% of all relics

Archaeologist – Collect 75% of all relics

Looking for Trouble – Find 25% of all GPS caches

Mountain Village (for yet a third time)

Clever Girl – Purchase all skills in one category.

Lethal – Purchase all skills in all categories.

The Professional – Fully mod and completely upgrade all weapons.

Predator – Kill 50 enemies with the bow.

Equalizer – Kill 75 enemies with the rifle.

Widowmaker – Kill 40 enemies with the shotgun.

Gunslinger – Kill 35 enemies with the pistol.

Get Over Here! – Rope pull 5 enemies off edges.

Down and Dirty – Perform 15 finishers.

A Survivor Is Born – Complete the game.

Boom Goes the Dynamite – Shoot a bundle of dynamite out of the air.

Chatterbox  – Complete all conversations with the Endurance crew.

o   ‘Coastal Forest’ – After Lara and Whitman try to open the large gate, talk to Whitman before searching for 50 pieces of salvage. If you’ve already found at least 50 pieces of salvage, do NOT walk away from him until you have all available conversations. (4 Total)

o   ‘Mountain Village’ – You’ll find Roth getting attacked by wolves. After the scene, you’ll need to get Roth’s bag back. Roth will give you a climbing axe when you return and tell you to climb the rocks in front of you. Instead of climbing go back and talk to him.

o   ‘Mountain Village’ – Shortly after getting the Rope Arrows you will go back to Mountain Village and meet Roth again. Talk to him before you use the zip-line and search for the pilot. (4 Total)

o   ‘Shipwreck Beach’ – After the events at Gondola transport, you’ll reach Shipwreck Beach. Before you go searching for the item, talk to Sam, Reyes and Jonah. (3 Each, 9 Total)

o   ‘Shipwreck Beach’ – After you found the item and get back to camp, Whitman will show up and soon after you’ll get a new bow. Talk to Whitman 2 times, Sam 3 times, Jonah 4 times and Reyes 2 times at the beach camp before you make your way to Endurance. Reyes is on the boat. (11 Total)

o   ‘Shipwreck Beach’ – After coming back from the Endurance, talk to Whitman, Reyes and Jonah before you go to Research Base.  Sam is sleeping at this point so it is just the other three.  (3 Each, 9 Total)

Adventurer – Complete a match in all multiplayer modes.

o   Beach – in the center of the map under the gondola.

o   Underground – on top of the submarine.

Down Boy! – Kill a zip-lining enemy player in multiplayer.

Entrapment – Catch a player in a snare trap in multiplayer.

Good Samaritan – Revive a teammate in a multiplayer match.

I’m All That – Win a ranked match in every multiplayer mode.

Sole Survivor – In Multiplayer, be the only player on your team that isn’t dead or downed.

Monkey Around – In multiplayer, escape death 3 times by using the rope ascender.

On My Way Up – Reach level 10 in multiplayer.

Shopaholic – Buy every upgrade and character in multiplayer.

o   Once inside the game grab the Med-kits and return them to the base for a good amount of experience.

o   Doing this allows you continuously accumulate experience without having to worry about getting killed by an enemy and is the fastest possible way to get experience.

o   Once the round ends quit the game (it’s going to switch you to the other faction that can’t generate points with no one to kill) and start this list over.  All your experience earned will stay with you even when you quit in between games.

There is the entire Tomb Raider Trophy/Achievement Guide. If you have any questions or comments about this guide, the game in general, or anything else feel free to ask them on Facebook, Twitter, Google+, Youtube, or better yet in the comments below! We will get back to you as soon as possible. While you’re on the above pages be sure to like, follow, and subscribe to us to stay up to date on the latest news and information that we have for you! We hope you find the guide useful and are enjoying the game!