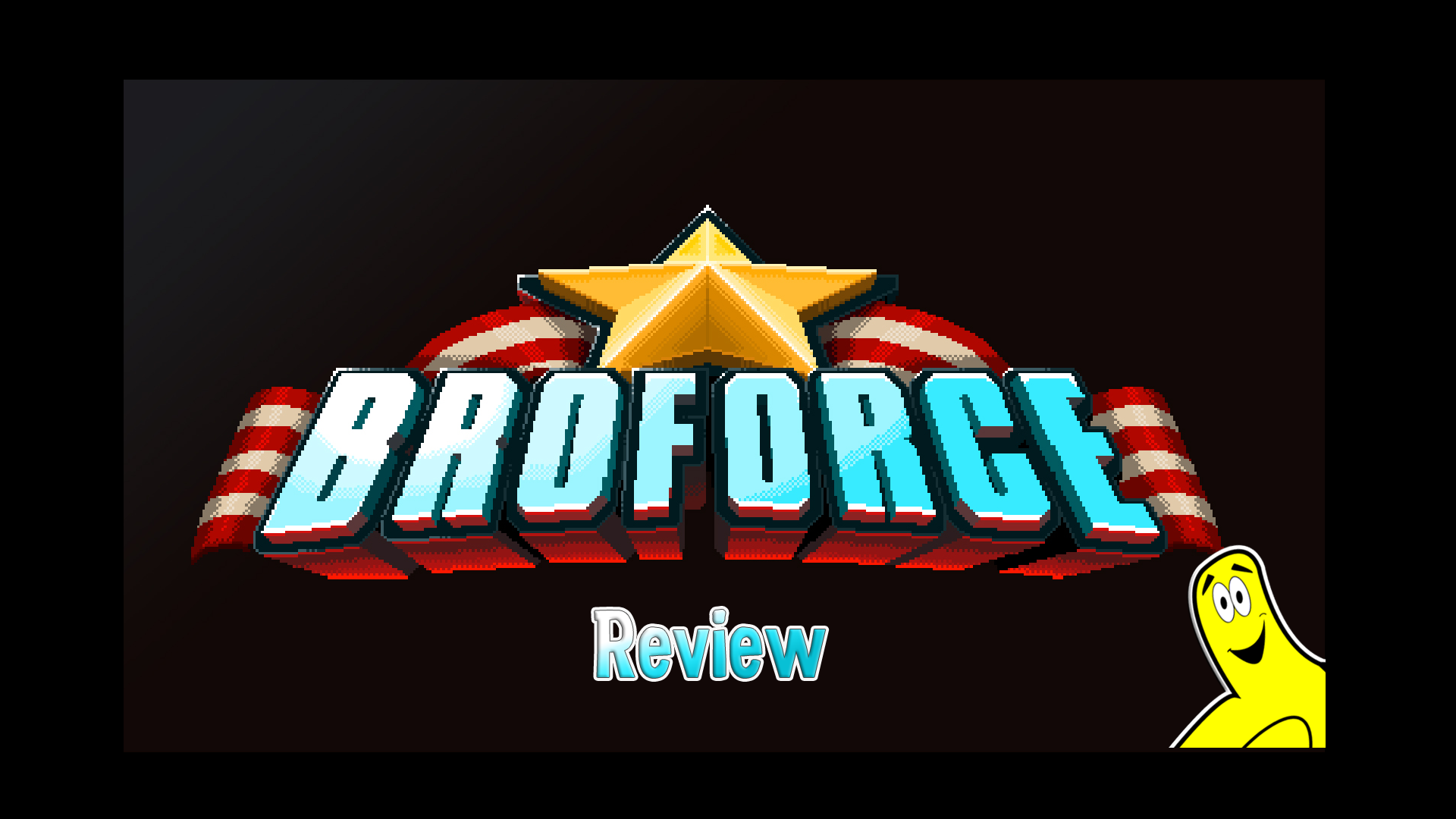 Hey guys and gals it (HTG) Mark aka Cross here and I want to talk about something that I don’t cover at all, PC Games,  so bare with me for a bit.

Some of my buddies have been talking about this game for awhile now so I took it upon myself to buy a computer game from STEAM and try it out and can I say it is B.A. 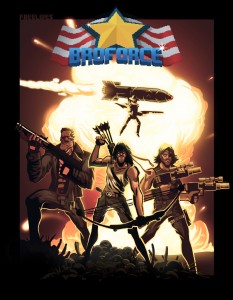 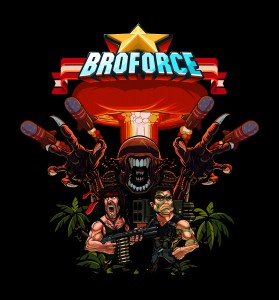 Broforce is a 1980’s and 90’s 12 bit 4 player shoot’em up type of game. I have yet to play with other people but it’s fun just playing by yourself. You start with one life and the more POW’s that you rescue the more life’s you get. 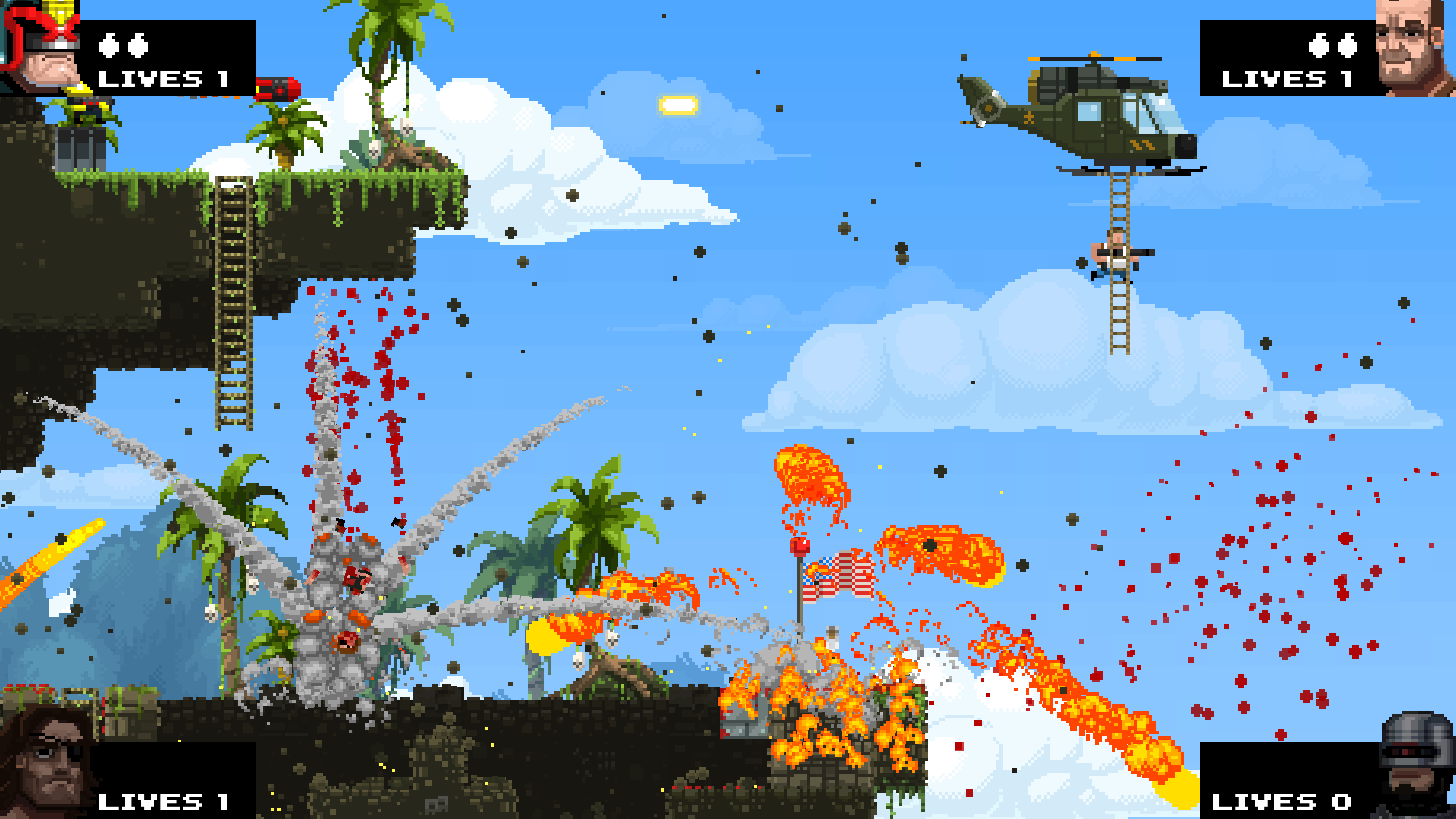 So some of the guys are cool to use and some of them and just cool to have in the game the farther you get the more guys you unlock I have seen the terminator as well as agent J from men in black. Guys have all kinds of attacks short ranged and long ranged as you rescue people your guy changes each person has a special ability that they can use and the ones that I have seen are pretty cool there is one guy that puts TNT in side of a chicken and outs it down and draws bad guys to it, there is another guy that calls in a air strike. Everything in the game seems to be destructible as far as bridges and walls so in some cases you might be able to take away that takes you out of the fight and around it. 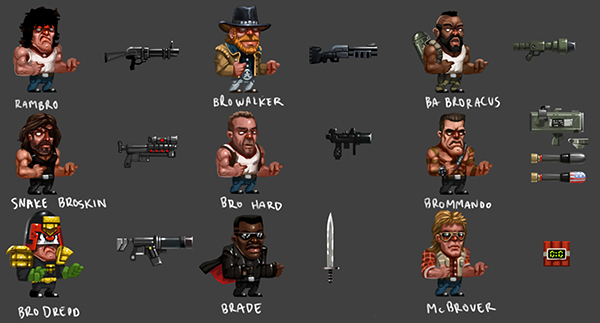 So over all guys I like the game a lot I’m having a lot of fun playing it so I will give it a 4 out of 5. Hoping to see what some of you may think of it and to see if you guys buy it. So in the mean time as always… keep your Thumbs Happy Cross out..