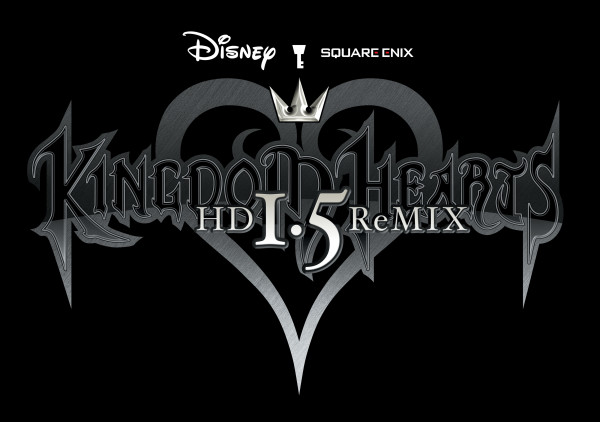 Hello everybody!!! As most of you may know Kingdom Hearts Final Mix HD Collection was released on September 10th and I have been playing it non stop. Let me start of by saying that I am a huge Kingdom Hearts fan, especially the first game, so this review will be slightly biased no matter how hard I try. For those of you that don’t know or haven’t played Kingdom Hearts, first of all shame on you, I’m looking at you Brian, second of all go out and do so now.

Basically Kingdom Hearts is a JRPG, Japanese Role Playing Game, starring a mixture of Final Fantasy and Disney character with a few new ones created just for this game. You will see a number of familiar worlds if you’ve ever seen a Disney movie or been to Disney World, or Land, and you will most likely recognize a world or two from Final Fantasy. The most popular characters from both franchises pop up repeatedly throughout the game and it is quite a treat to see them in a setting that wasn’t meant for a child. The story of the game is that the worlds have been mysteriously connected and heartless are flowing from the Keyholes, which you must set out to lock. You will have to fight off a number of villains along the way, most of them Disney ones, on your journey to save the world all with your trusty companions Goofy and Donald along the way. Overall the story is quite enjoyable even with a few things mysteriously left out, but that only makes you want to go and play them next one, so go do so. 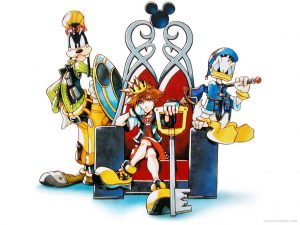 It’s been 11 years since the first game was released so I was a little worried about how Kingdom Hearts would hold up, I haven’t played it since the PS3 came out and that was years ago. As most of you know there are a number of games that don’t survive the test of time but I’m happy to report that Kingdom Hearts has filled my heart with light once again(Kingdom Hearts reference), mostly. The game is only remastered, not redone, so a lot of the same problems the original had are still present. The camera is still awful, it shakes and freaks out in many situations and makes it hard to find enemies. The automatic lock on system can be quite frustrating as well, it’s supposed to lock on to the nearest enemy but it will occasionally get stuck on an enemy further away. Thankfully they did adjust the camera control from the L2/R2 buttons to the right analog stick making it a little more comfortable to control. As for the lock on system, it’s a little more work but the manual targeting system and flipping through the options is pretty effective, if you remember to use it.

The graphics look great, the HD graphics make this game really pop and display the emotion of the settings and characters. This game has come along way since its PS2 days, the lighting looks great, voice actors are great as always, everything is great. The animations in some parts are still laggy in some areas but considering the age of the game they’re fairly decent. I honestly could care less what the graphics were like in this game, I would still play the hell out of this game, but them being as good as they are is definitely not a bad thing. 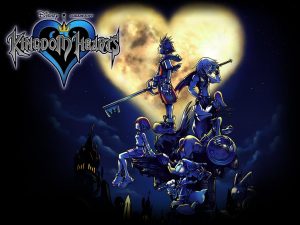 Changes from the Original

The real changes in this game are that it’s a different game, literally. 11 years ago Kingdom Hearts was released, this game is Kingdom Hearts Final Mix. Think of Final Mix as an expansion pack to the original, there are new heartless, a new secret boss, new key blades and additional cutscenes. In addition to new content there are also some small gameplay changes, for example, in Kingdom Hearts you used to have to scroll down to the bottom of the list on the left side of the screen and hit X, now when you get close to a chest all you have to do is hit TRIANGLE to open them. This is also the same for the trinity marks as well as the save points. It’s a minor change but it really makes it much easier and that is always a good thing. Another minor change is the color schemes of some of the Heartless, the Guard Armor boss in Traverse Town is now Blue/White/Red/Yellow instead of the classic Purple/Black. It’s another minor change but it really helps to keep the game fresh and new. These changes may be small but it’s a welcome addition to a classic game helping to increase the longevity of this already long game. 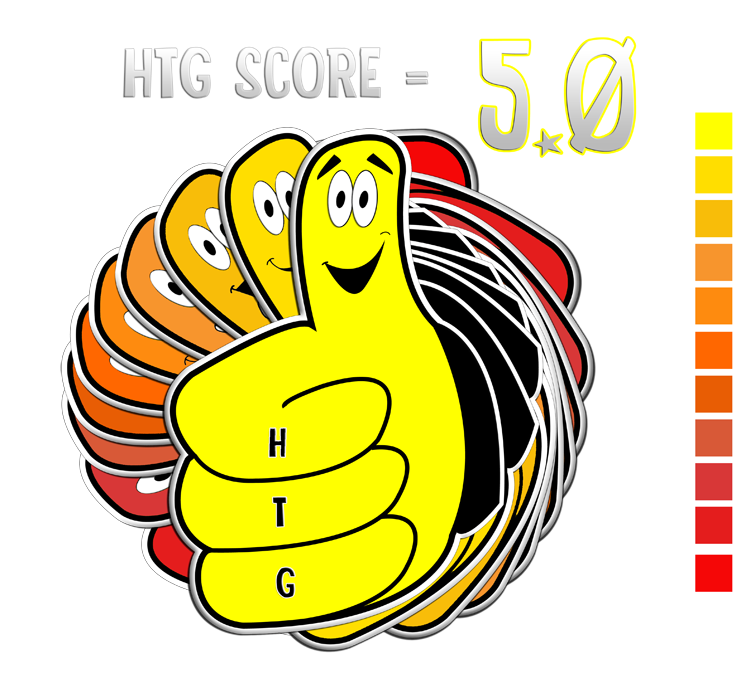 Overall this game is still absolutely amazing!!! When looking at this game there seems to be no reason any part of it should work, and yet it does, consistently. Even with the flaws in this game this is still a must buy for anyone who owns a Playstation, this game will always been one of my absolute favorites and a game that I will come back to years from now to 100% it all over again. I hope with all my heart that Kingdom Hearts 3 not only matches the level of greatness that this one has, but blows by it and never looks back, making everything that we love about this game and making it even bigger and better. This game exceeds at things that games nowadays still can’t get right, more developers should start looking further into the past than the year before to make high quality games.


Also be sure to check out our Kingdom Hearts Final Mix HD videos that can be found HERE.