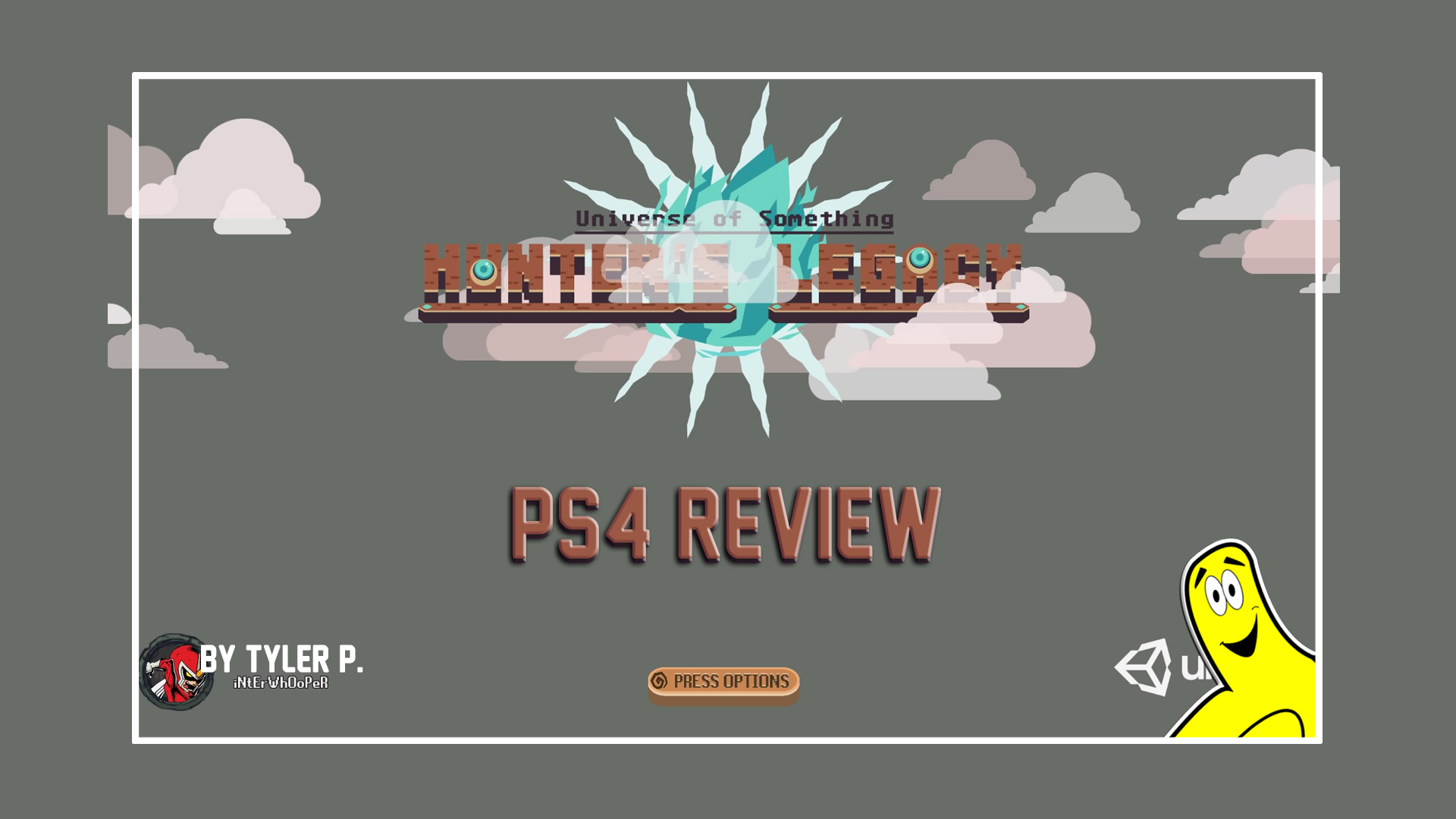 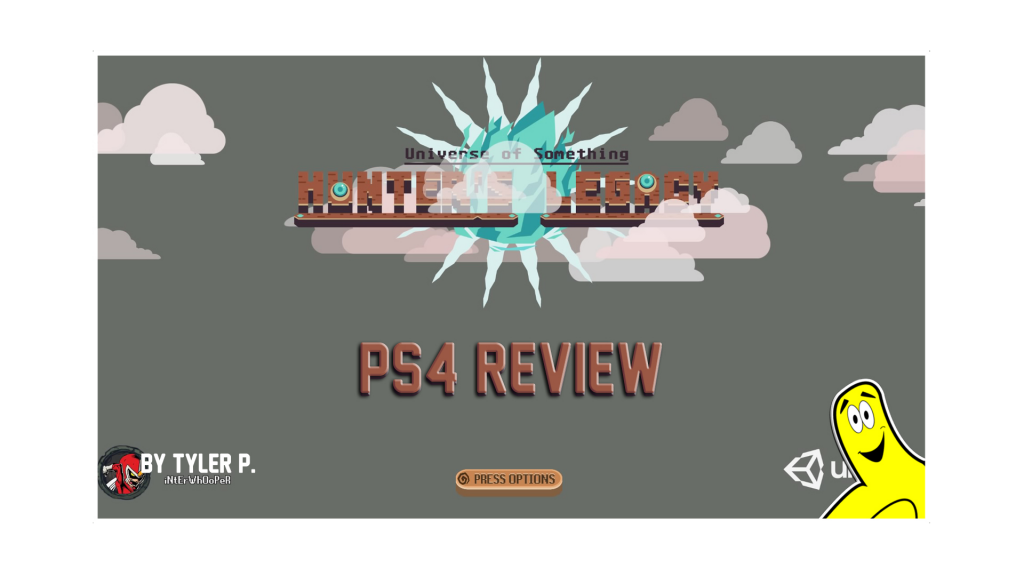 Hunter’s Legacy is a game is a 2D platformer game developed by Lienzo which features a Cat with a sword named Ikki. If you like cats with weapons this game may be pur-fect for you.

Hunter’s Legacy’s story is short yet simple. It features a hunter who happens to be a cat named Ikki who must save the kingdom of Iripur. The kingdom began falling apart after the evil Morodir stole the Fang of Alliance. Monsters began appearing and everything started to decay. Ikki must track Morodir and return the artifact and he finds him fairly quickly but Morodir was prepared! Escaping Ikki, Morodir blocks the path behind him and the only way to break the barrier is to return 3 orbs that are scattered across the land. Ikki’s travels too many places like to the swamp, volcano and even the sky! 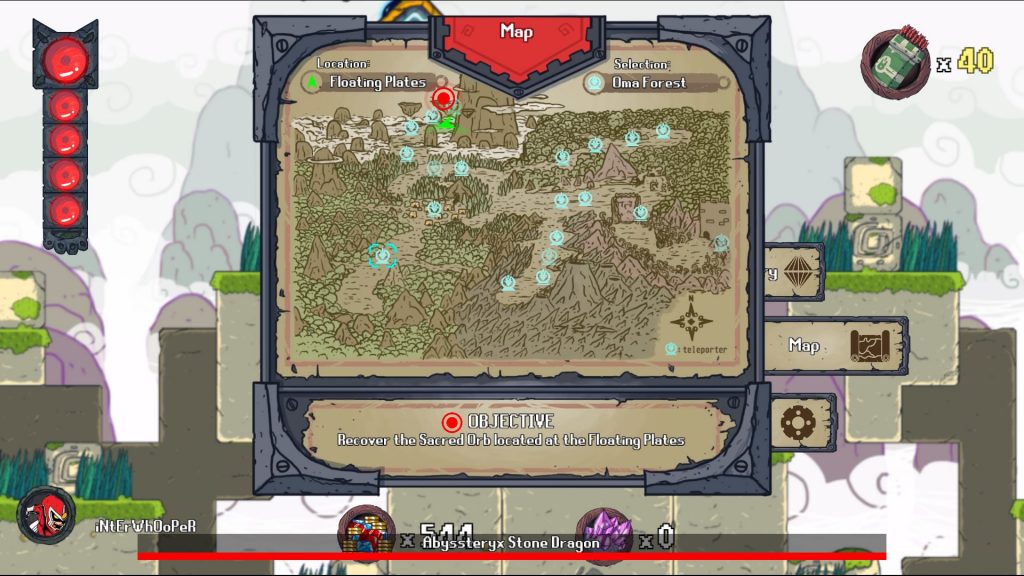 Music isn’t the big focus but definitely blends in well with which section you’re on. For example near the end you’ll find yourself in a dungeon and you’ll experience a darker tone of music versus when you’re in the town you’ll experience a lighter and happier sound. Just to add that intensity before boss fights the music fades hinting there’s something waiting for you.

The cartoonish look of Hunter’s Legacy is great and very appealing when you actually take a second to look at it. Parts of the background blend in very well with the actual foreground Ikki is jumping around on and some parts of the background make it seem like you can jump onto them. Apart from that the weather elements like wind blowing adds another layer to the graphics giving it more depth. Talking about depth, closer to end of the game you come across these stone pillars that rotate that have platforms you’ll need to jump onto to progress. These pillars add a 3D element which is something that could have been used more throughout the story. It’s a really neat feature that should have had more exposure. 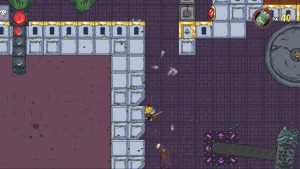 If you’re looking for a challenge Hunter’s Legacy might be the right game for you. The controls are fairly simple and throughout the game different upgrades are acquired from progressing through the story and others can be purr-chased but you’d have to go out of your way to actually get those. Hunter’s Legacy is a Metoridvania game (Metroid + Castlevania style game) where you’ll more than likely need to return to previous locations are were visited before. Thankfully there are teleport stations and a fair bit of them making traveling quick. While this isn’t necessary it’s highly recommended to make boss fights and surviving annoying enemies easier. Some of the items required to purchase upgrades are quite difficult to acquire and at times it just wasn’t worth it unless you’re a collector. While not all but several enemies can be a serious pain in the butt to deal with and often times its best to just run past them. By this we mean we encountered enemies that could shoot at you with stingers or arrows and when approached would back off making them tough to hit which inspires the use of the bow and arrow which also doesn’t happen to be the best option at times. Later on in the story many parts began to feel overwhelming with several enemies who’d be able to hit you but you not being able to hit back due to being hit or enemies flying around in the ground of behind walls. That’s not where it ends, boss fights can be whole different story and patience is a virtue when fighting them. Boss’s aren’t like a lot of the ones you may have faced in previous games, we found that we had to sit around for a while waiting for a boss to expose themselves just to dish out a small amount of damage. Health drops don’t appear too often in these fights making avoiding taking damage even more crucial. Aside from a few mechanical errors such as a certain boss fight knocking you off the edge unintentionally from to time to time and not grabbing onto ledges sometimes Hunter’s Legacy plays quite well. This game is no walk in the park and you should expect to die a lot. The respawn rate is quick and awesome. Throughout the game you’ll encounter many save areas, after each death you’ll respawn to the last area you were on. The best part is if you completed a section and then died, you’ll respawn with that section completed. For instance during a frustrating boss fight we died the same second we killed the boss and with the mercy it gave us we managed to continue without having to do the fight again. 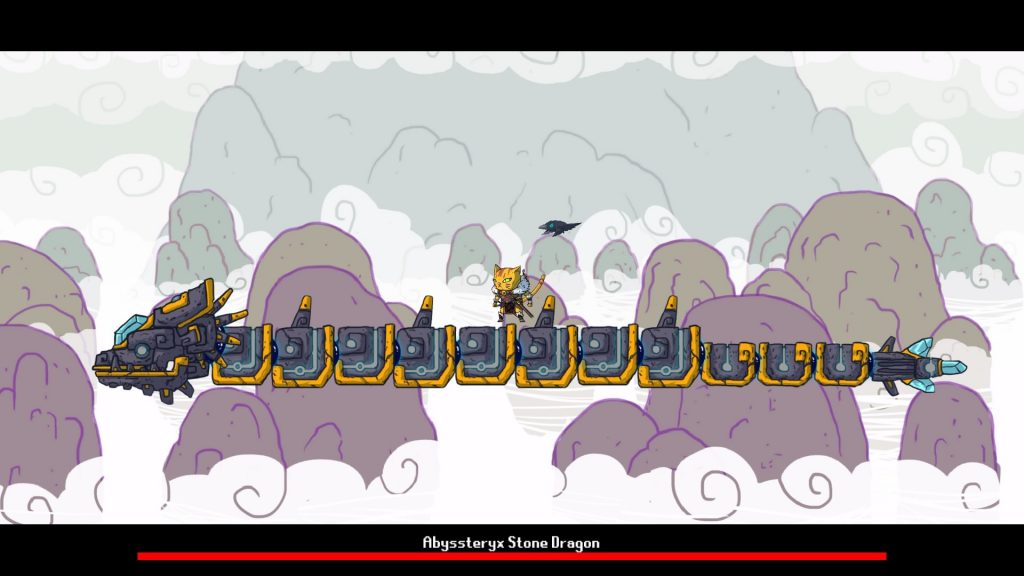 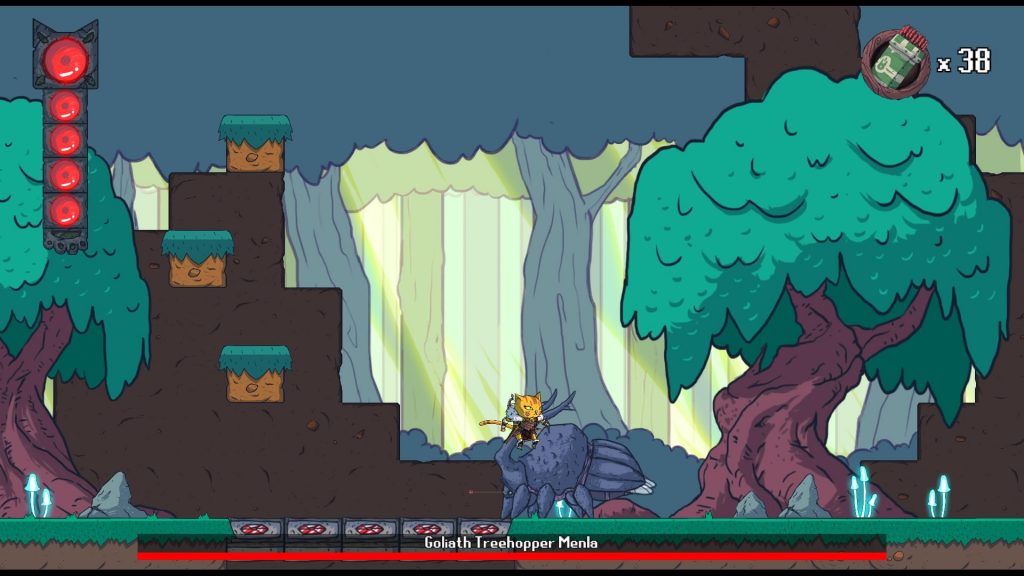 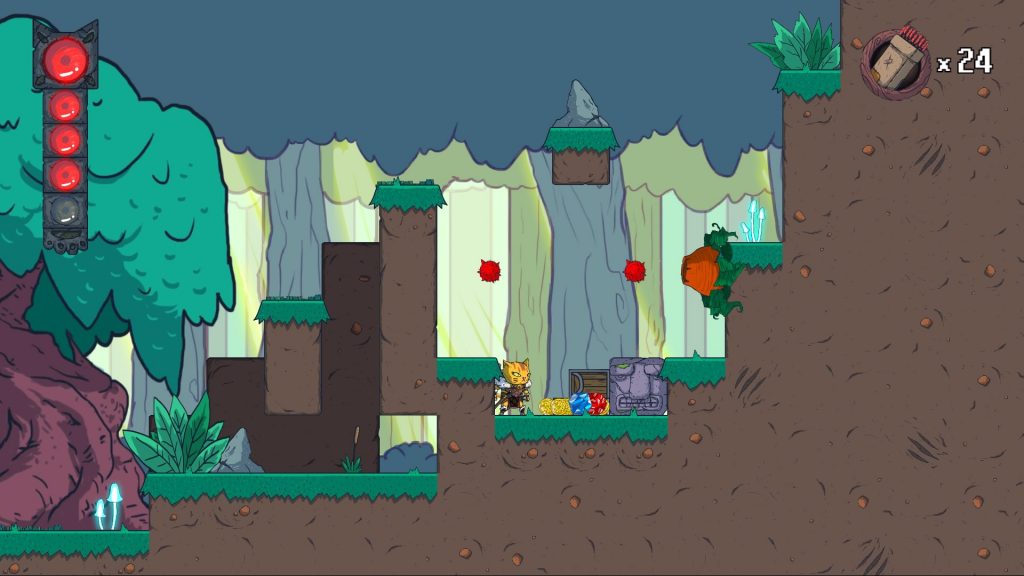 Rating and Conclusion
Fans of Metroid will really like this game and people who are looking for a challenge will too. Everything from the cartoonish look to the great music made Hunter’s Legacy into a short but fun experience. Gameplay felt very smooth but had its moment’s difficulty where it seemed almost impossible to complete certain sections with a couple of hiccups from bosses making this affect most of the overall experience and score. Along with that Hunter’s Legacy’s story felt fairly short with not too much depth to it making it short and sweet which isn’t a bad thing but left lot’s room for more content. With all that said we gave Hunter’s Legacy a 4/5. If you’re a gamer who gets angry quickly you may want to pass on this one.