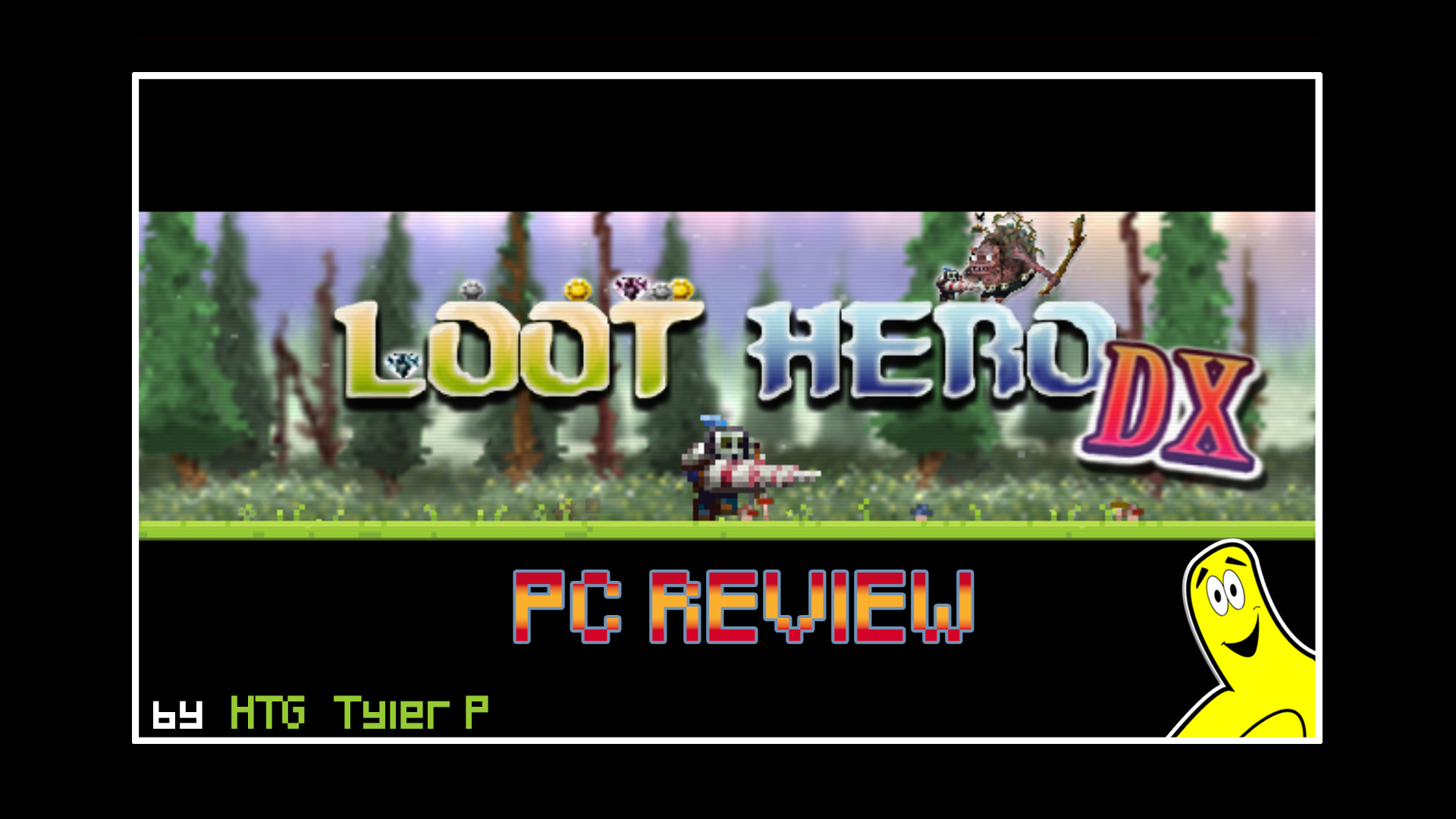 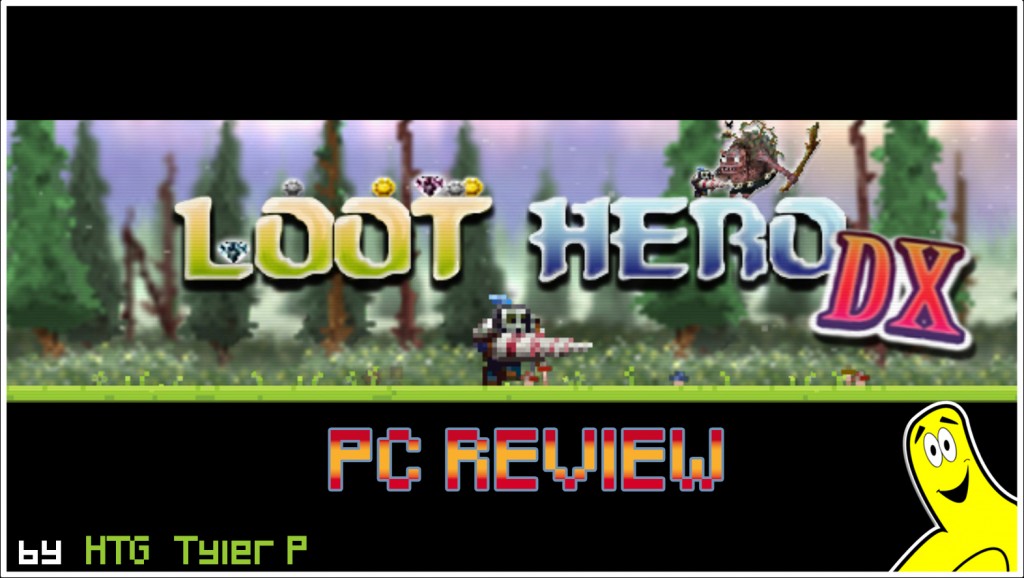 Loot Hero DX is a looting/grinding game developed by VaragtP Studios. If collecting loot is your thing you will enjoy this user friendly and very basic point and click side scroller game.

Loot Hero DX’s story is very simple and doesn’t have too much to offer. Your tale begins with a legendary dragon that’s destroying towns with its magic power and is resurrecting the evil creatures of the world. A Hero is in need to slay the creatures, defeat the legendary dragon and restore peace to the world. Simple right? The game consists of 9 stages which can be replayed after you complete it once. The story can be completed in about 10 minutes. After playing through once the game will reset and you can play each of the stages again at a harder difficulty which earns you more experience and loot. 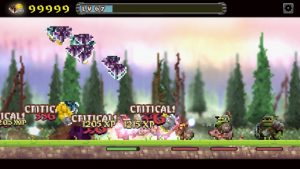 Graphically for an 8-bit style game it looks incredible. I recommend playing it this game in a smaller window just for the fact that it will look a lot cleaner. There are lots of different shades of colors in both the foreground and the background that adds a layer of depth to the game which ultimately makes it look beautiful. The background is presented fantastically in a way that you don’t see very often in 8-bit games. Several layers added to it creating depth such as having the furthest layer being somewhat blurry creating the effect that trees could be far off while on another layer they become more clear making them look closer.  The frame rate was solid; it kept up very well while even playing on a low end computer.

Everything in the audio department sounded on point. The more you progress in the game the quicker everything happens and when killing enemies at incredible speeds the sound effects keep up very well and we encountered no audio delays from the amount of carnage on screen. Each stage also has its own song representing its stage such as the first stage having a welcoming song to the final stage which has a more intense song. Each song sounded quite similar with a little bit of a twist. 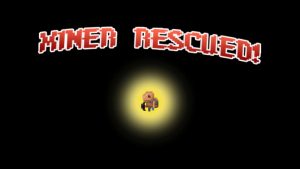 Everything about this game is simple, even more so the controls. You can use an Xbox controller if you want but the mouse is the way to go. Simply point and click in the direction you wish to go. The closer the curser is to the hero the slower he will go. Grinding is a big part of this game as you’ll need money to upgrade your character to progress further in the game. If you feel you haven’t acquired enough loot on the current stage just turn around and the enemies will all respawn. Feel stuck on a level? Just return to the previous stage and run back and forth slaying enemies. There are 4 skills you can upgrade: damage, critical, defense and speed. Damage and defense are more important than the rest. Speed isn’t necessarily something you need but it helps earn loot and experience quicker. We found the speed upgrade to be fairly frustrating later on. At some points when running back and forth trying to earn loot our hero would fall of screen and then die to an infinite respawn of enemies causing us to lose loot and experience. After what seems like fully upgrading the hero you can still go beyond what seems like the max stats. The only thing worth upgrading is defense and damage from time to time. With such a high defense enemies had a tough time damaging us. Even though critical says you can keep upgrading it, it won’t go passed the 100% mark. After getting around 50-60 speed it became pointless in upgrading. Even at that speed it became annoying to stop at one of the upgrade stations in a stage just due to running passed it.  A neat feature that’s available after defeating the final stage is you save a miner. From the main menu there’s a mine section which you can visit where the miner that you save will go. From there he will then go into the mine and collect loot for you. Every time the final boss is defeated you receive another miner to earn more loot. Once you reach a certain point in the game though this becomes incredibly useless. The max loot you can carry is 99,999 and can be easily acquired in roughly in a matter of minutes from just grinding. The miners also have the same max capacity. On the upside to this for a newer hero who doesn’t have too much time on hands, the miners will continue to gather loot for you even when the game is closed. 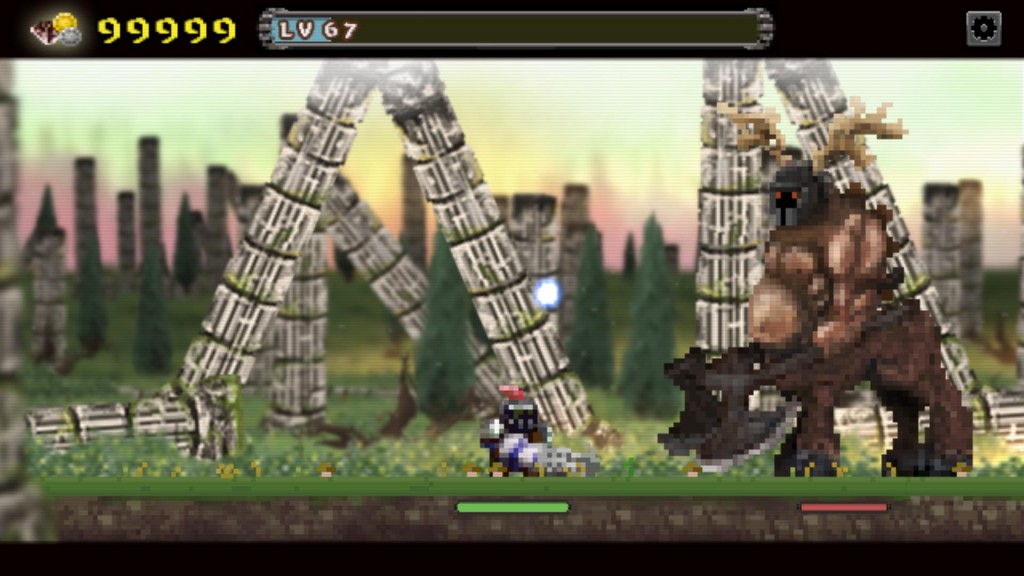 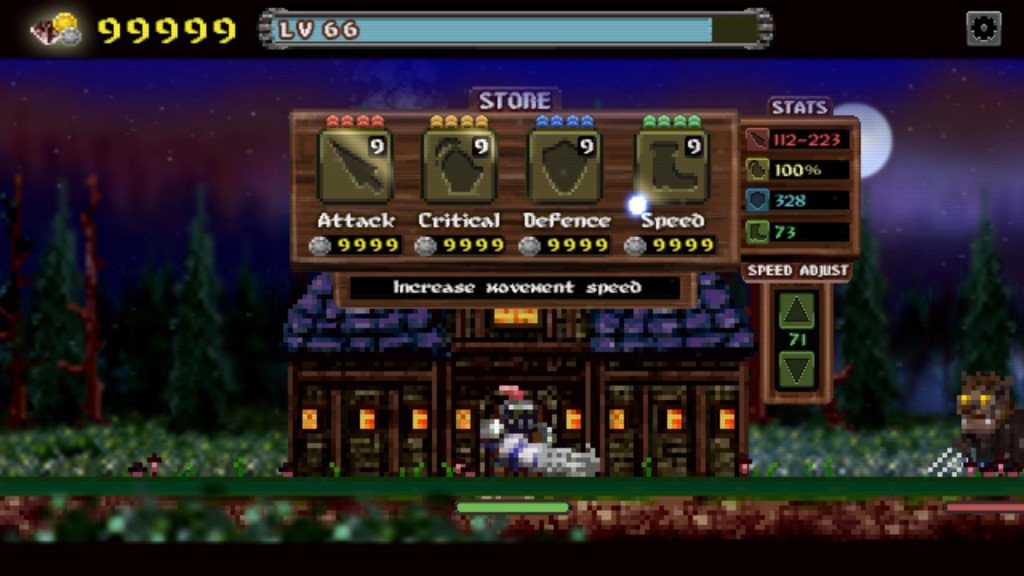 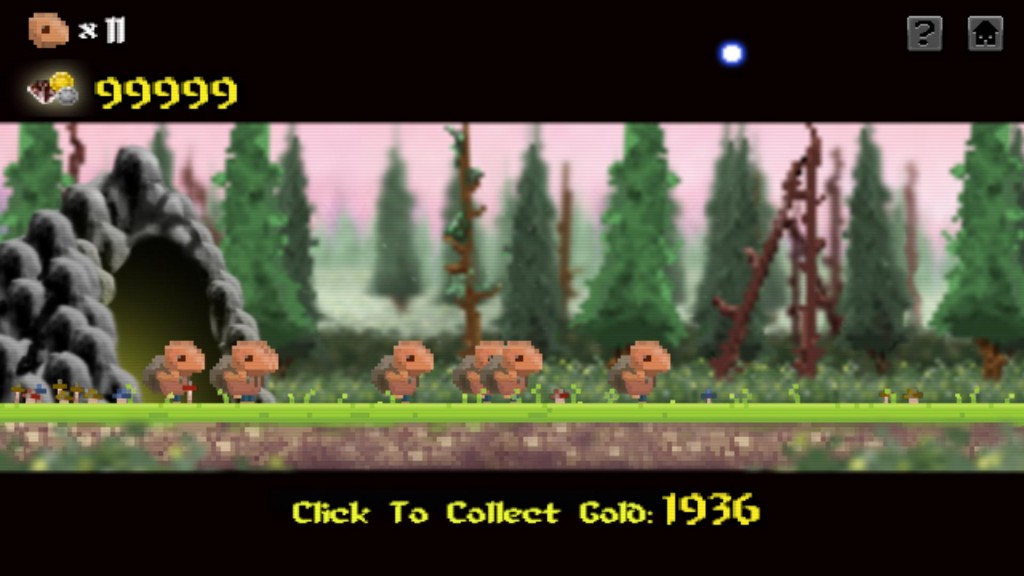 From the beginning it became very addicting but after about an hour it lost its buzz and became to repetitive. Everything about this game performed very well and I enjoyed it very much aside from the hero getting caught off camera setting me back loot and experience. If grinding games aren’t your forte you might want to skip this one. My rating for this game is 4/5 with the story being a little vague with little to offer and the camera struggling to keep up while grinding and sometimes getting you killed.