I thought today I would share what my, HTG-Doug’s, top 5 easiest and hardest Platinums are, that way we can open up our fellow trophy hunters to a few challenges as well as a few cakewalks. Just to clarify, a hard platinum is not one that takes 100 hours but is super easy to complete, hard is considered a game that needs skill and a little luck to complete. An easy game is considered one that can be completed with very little effort or skill involved. The following lists are games that I have only COMPLETED and Platinumed myself, these are not the Top 5 hardest or easiest games ever made to Platinum. 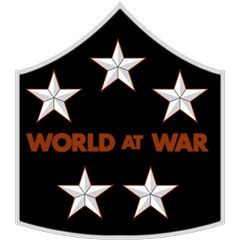 First we will start with the Hardest Platinums. Call of Duty World At War, anyone who has tried to Platinum this game knows what I mean. This game was absolutely ridiculous. This game is the hardest game that I have ever beaten on a games hardest difficulty. Trying to beat this game on the hardest difficulty means surviving infinite spawns of enemies and grenades that magically appear in your pocket every ten seconds. If you want a real challenge give this game a try, or if you want to buy a few new controllers give it a go, I hear there’s a really cool bullet controller, otherwise skip this Platinum.

My second hardest Platinum is Mirror’s Edge. Overall, this game was very fun and original but trying to speed run the levels for their respective trophies was insane. A few of the chapters required absolute perfect timing otherwise you would have to start over. The same thing was required for the trial stars, some of them took me hours to complete. This game required some crazy skill to Platinum and drove me nuts but i still cant wait for the sequel.

My third hardest Platinum was Operation Flashpoint Dragon Rising. Imagine walking down a road heading towards your objective and then all of a sudden you get spotted and headshotted almost instantaneously and you have to restart. There were plenty of times that this happened over the games chapters, especially on the harder difficulties. The game is a little better when playing co-op but you will still want to play Frisbee with the disk too many times then you should have too. This game is the definition of a tactical shooter, if you try running out into the open Rambo style you will get killed, EVERY time. Take it slow, very slow, learn the levels, and get a good partner to have any chance of Platinuming this game.

My fourth hardest Platinum is Medal of Honor: Frontline. In a world of regenerative health shooters, Medal of Honor: Frontline is a real shock to play. The game takes a bit of an adjustment but playing this game on the hardest difficulty requires a lot of patience. Even with a fair amount of health packs around, certain parts required some fantastic shooting and luck to get through. Shoot perfectly and take your time for hope of obtaining this platinum. 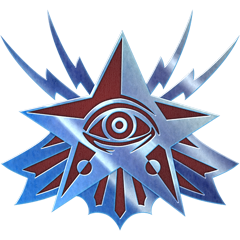 My fifth hardest platinum is Infamous. Now I know what some of you are thinking Infamous a hard Platinum? Yes, yes it is. While the overall game isn’t too hard to complete, trying to find 365 different shards(collectibles) is like trying to find a needle in a haystack, especially when you only have a few left and they’re scattered around three fairly large islands. I printed out a map of all the locations and checked them off as I went and I still ended up missing three shards. I had to take a sizeable break from this game before I could come back to it without fear of wanting to snap it in half, or for you younger folks that download everything, deleting it from your system. Thankfully when I got back I happened to come across all three of them within minutes. A little tip, have a lot of patience and an accurate map.

While these five games are incredibly hard to Platinum I still recommend trying a few if not all of them. While they will all undoubtedly make you want to tear your hair out, nothing is more satisfying than watching the Platinum pop after Platinuming a ridiculously hard game. So everyone should go out and pick up at least one of these games and try to Platinum it. Enjoy the challenge.

Now let’s move on to the Easiest Platinums. The easiest game that I have Platinumed is The Walking Dead. 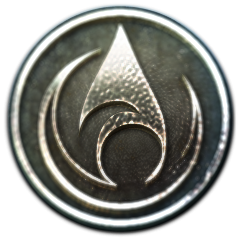 All you have to do is literally beat the game, and since it’s a point and click adventure its very unlikely you will have any problem with it. As a bonus, it will only take you around 6-8 hours to Platinum, take a day off and start early, you can even complete the DLC and still be done in time for dinner. The second easiest game I’ve Platinumed is Prince of Persia the Forgotten Sands. You can platinum this game very easy as long as you’re using a collectible guide, most of them are very easy to find, plus this game on Easy mode is borderline a joke. If that doesn’t convince you, you actually get a trophy for dropping the difficulty level, so start on normal, pause the game two seconds in, drop the difficulty to easy, and you’ll get a trophy. Yes seriously.

The third easiest game I’ve Platinumed is Madden NFL 11, using custom games and altering stats you can Platinum this game in mere hours. If you want an easy sports game to Platinum this is definitely the one for you. The fourth easiest game is actually a collection, the Sly Collection. You get three games for the price of less than one new one and you’re looking at over 100 trophies in a matter of days. Not only are these games incredibly fun but they’re also pretty easy Platinums as the games have a very low difficulty and the collectibles are relatively easy to find. As a bonus pick up the new Sly Cooper Thieves in Time with the Crossbuy Promotion and you can get two Platinums for the price of one. 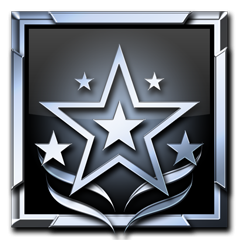 The last game that’s easy to platinum is Playstation Allstars Battle Royal. Most of the trophies you can get by setting custom matches and by making the AI stand still so you can beat the hell out of them. The rest of the trophies are time consuming but incredibly easy, you have to beat the story mode with every character in the game. Now I know what you may be thinking, beat story mode how many times? Don’t worry though, story mode is only 30 minutes long. As an honorable mention we have Counter Strike Global Operations, the game is a pretty easy Platinum but since there aren’t as many trophies as a regular game I didn’t feel right putting it in the top five.

Well there you have it folks, the top five hardest and easiest games that I personally have Platinumed. So what about you guys? Do you have a particular Platinum that you are especially proud of? Do you have a super easy one that maybe I haven’t played yet? Would you like me to go into more detail on a particular game on the lists? Or maybe you want a little more information on a different game that I’ve Platinumed? Whatever you want leave us a comment on facebook, twitter, youtube, or on HappyThumbsGaming.com and check out our videos on our channel as well as our Trophy/Collectibles Guides. Feel free to send me an invite on PSN if you’d like or check out my trophy list to see what i have. Now everyone go out and hear that wonderful Ding of a trophy popping, just for us. 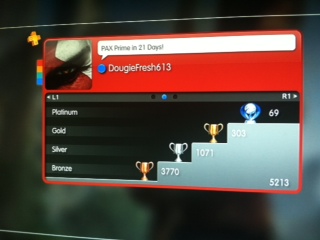