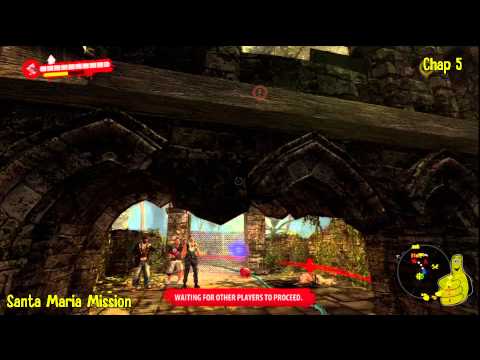 Trophy/Achievement: Siege Hammer (Bronze)/(15g) – Install a total of 5 barricades during hub defense
Location: Many areas will work but we show you a sweet spot on Level 5 The Mission in the Santa Maria Mission base.

(HTG)Brian shows you how to get all of the “Siege Hammer” Trophy/Achievement for Dead Island Riptide on PS3, Xbox360 and PC. The siege hammer Trophy/Achievement for Dead Island Riptide requires you to install a total of 5 barricades during hub defenses. You can do this in any level that has fight off the horde moments where you are defending against major zombie attacks and a bar is displayed across your screen showing how many zombies are left in the horde. Simply run around and put up 5 fences DURING the attack to earn the trophy/achievement siege hammer. You can actually take them down and put them back up as long as its during the sequence of being attacked at one of your bases. Follow along with the Video and watch us complete this on Level 5 The Mission during the quest Stalwart Defense in the Santa Maria Mission where we run around taking down and putting back up the 5 barricades .The Siege Hammer Trophy/Achievement for Dead Island Riptide can be a frustrating but follow the tips in the video to ease your pain. Your opinion is important to us so if there are any videos you would like us to add let us know and we will try to get them up. Thank you for choosing Happy Thumbs Gaming for all of your gaming needs.