Home Games Lego Star Wars The Force Awakens: Anything Else / A little Short for a StormTrooper – HTG 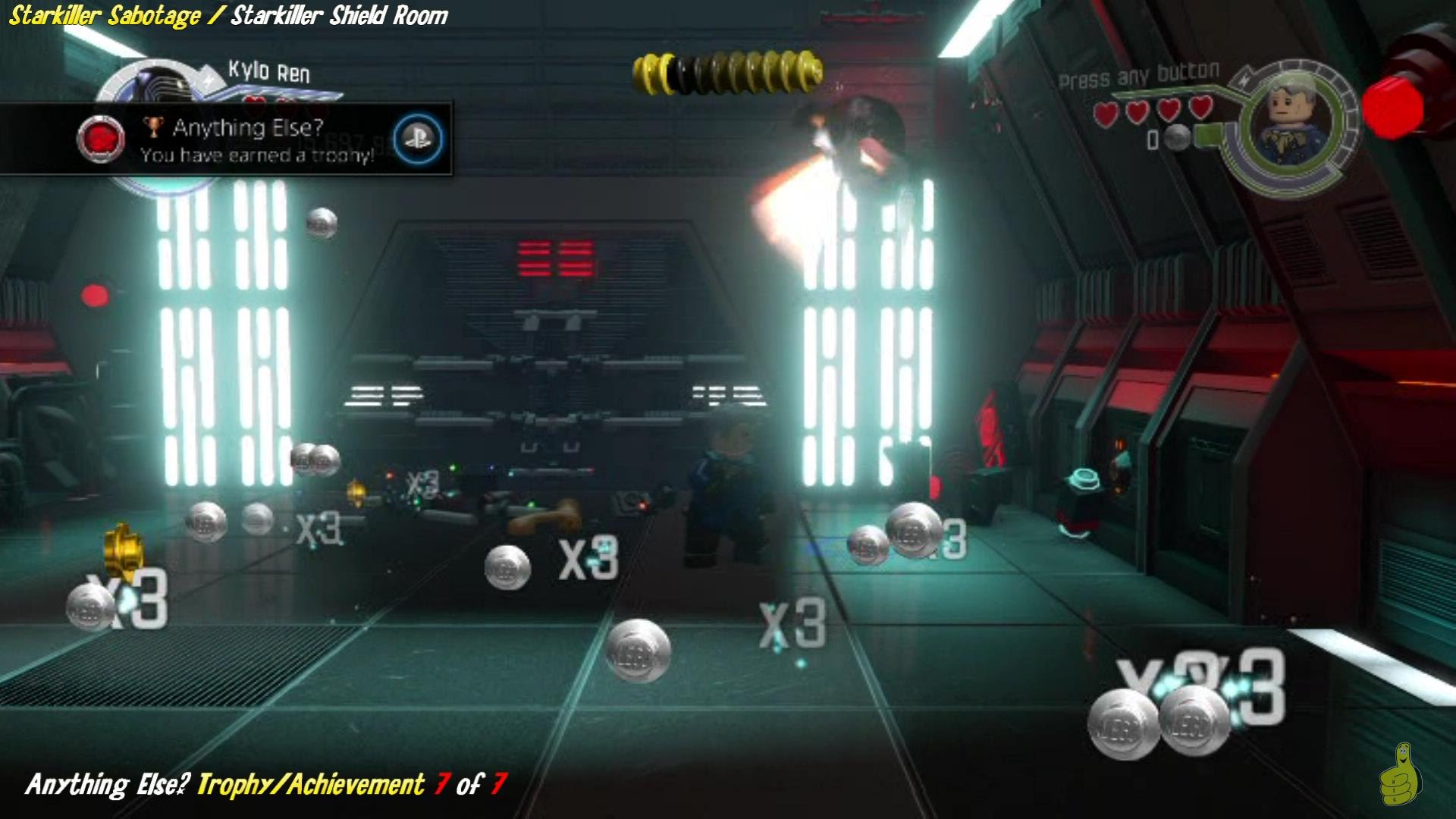 Lego Star Wars The Force Awakens: Anything Else / A little Short for a StormTrooper – HTG

Lego Star Wars The Force Awakens: Anything Else / A little Short for a StormTrooper – HTG

Stop! Kylo Time Trophy/Achievement:
Kylo Ren’s force freeze ability is when his energy is maxed out, his special CIRCLE attack. You can either wait until you build up enough energy to use his special attack or you can use the Regenerating Combat Bar Red Brick to speed up the process. You can do this on any enemy in the game. Once you use his special circle ability on an enemy the trophy will unlock

Family Reunion Trophy/Achievement:
To unlock this trophy simply have Han Solo and Kylo Ren as your playable characters, any version of either character counts for this trophy. You can wait to unlock Kylo Ren until after you complete Ottegan Assault or you can buy one of the variations for 250,000 studs. Han Solo is unlocked by playing through the Force Awaken levels in Story mode. Once you have both Han Solo and Kylo Ren in your party the trophy will unlock