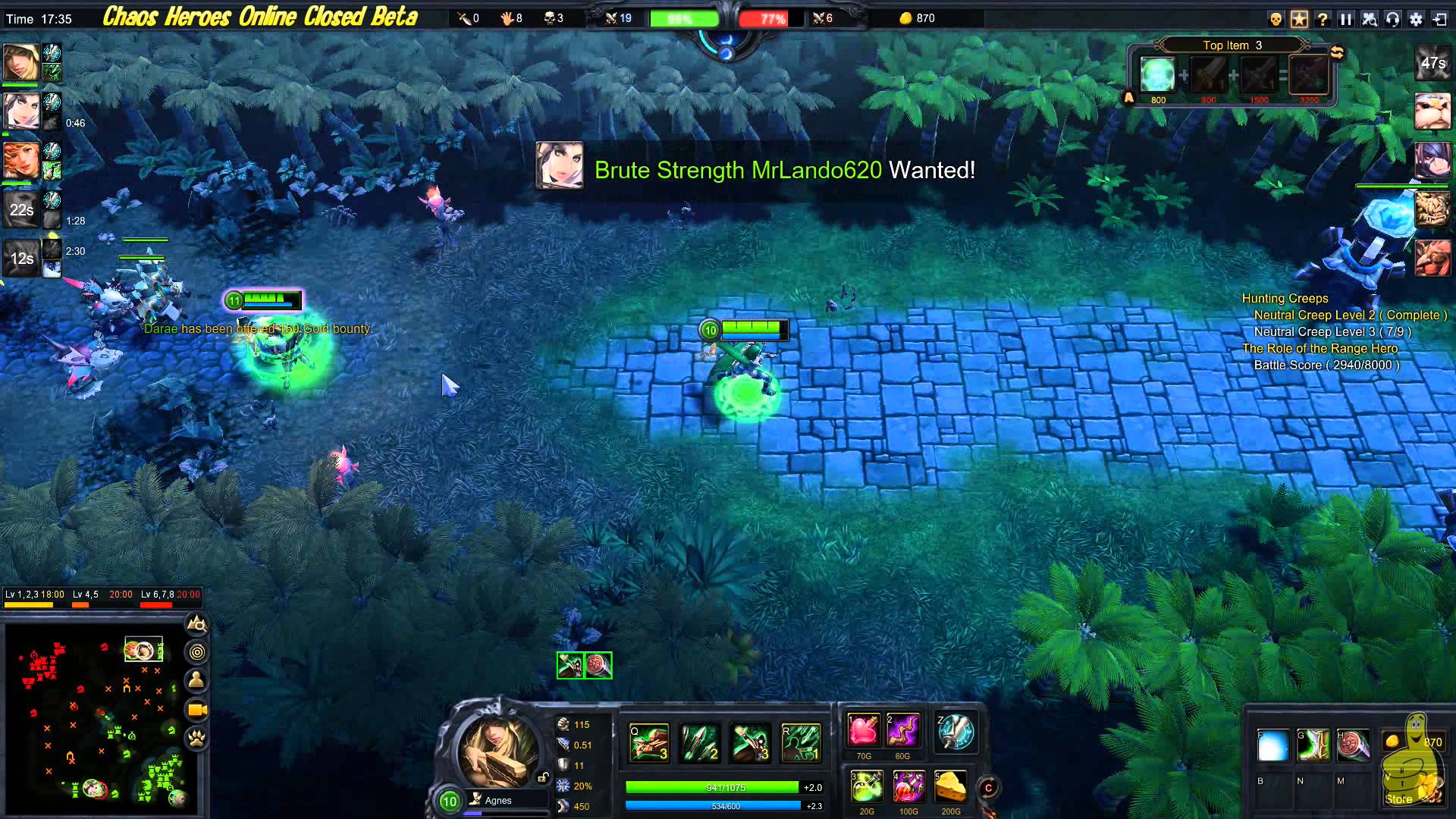 (HTG) Brian takes you into a match of Chaos Heroes Online which is a new MOBA from Aeria Games. Chaos Heroes Online is a spin off from Dota: Chaos and proves to bring similar art and concepts, but with greater precision. Game play focusing on consumables, Map Mobility and action packed game play. With 60 characters expected with its release, each of these also have “skins” that can alter not only the appearance, but also the skills and attributes of the original character. This footage of Chaos Heroes Online is from the current Closed Beta and only covers one character and map. We will most likely be doing some footage of us playing as a group against real people as well here shortly. If you have never played a MOBA, now is your chance. Follow the link and sign up for the Chaos Heroes Online Beta today!