Heroes of the Storm Preview – HTG

Heroes of the Storm Preview – HTG

This preview was written by our very own HTG Brian Dos aka SwampGas. Happythumbsgaming would like to thank him for writing this preview, hopefully we will see more of him in the future.

It is important to understand that this game is still in a technical Alpha stage meaning there is a long way to go before the final release is done.

The genre of MOBA (Massive Online Battle Arena) games are exploding with force as of recent and a lot of different companies are wanting a piece of this gameplay and the fan-base it brings along with it. The most popular MOBA game that placed this genre on the map was a mod from Blizzard’s popular game Warcraft III called DOTA (Defense of the Ancients). Since then there have been many smaller and less popular versions of this original mod. Blizzard is taking on this genre it their newest game that is currently in technical Alpha, HotS (Heroes of the Storm).

Like almost every other MOBA on the market HotS duplicates the structure and the variety of heroes each person is able to play. Though unlike many other games like this Blizzard attempts to remove all solo / Rambo aspects out of the game and focuses on teamwork. They try and accomplish this by removing some of the more difficult aspects out of the game and a new leveling system that helps focus these ideas.

Upon first installing the game I had an idea of what I was getting into as I have played quite a bit of League of Legends and some Dota2 before receiving my alpha invite. Coming from Blizzard I also knew about some of the characters I would be allowed to play. That being said my first impressions were exceeded with the amazing presentation that was given to me in the form of a tutorial. The Instructions were presented in a way that was easy to understand and not boring. On top of that I was hit with a wave of excitement upon interacting with two characters from different games (StarCraft and World of Warcraft).

If you have played any type of Blizzard game you will know exactly what graphics you will be getting in HotS. They are crisp, smooth and easy on the eyes. There isn’t a huge amount of details but more than enough to make it not feel like a baron wasteland of graphics.

The aim of HotS is to create a unique game focused on teamwork and not about the individual players. Those that seek the thrill of carrying their team and the glory associated with a one man massacre are unable to do that as much in this game. There is no ‘last hitting’, a term used for killing a creature by yourself and getting all the experience and gold from it for yourself. Players also do not level up individually and it is done as a team. If a player receives a certain amount of experience for completing an objective the entire team will receive that same amount of experience. Doing these two things takes away from the individual aspect of previous games like this and no longer is there a punishment for helping your team.

My Thoughts – As a long term player of a different MOBA (League of Legends), I feel that HotS brings something new to the table but doesn’t lose the true focus of the type of game it is trying to become. I personally love the removal of ‘last hitting’ and the variety of maps that are already included in the Alpha version of the game.

Time – Each game only lasts between 20 and 30 minutes. A very quick game could be as short as 15 minutes but that will happen very rarely or against the computer players only.

Characters / Heroes – All the characters that are able to be selected are characters from either World of Warcraft, StarCraft, or Diablo. The mixture of these three games into one makes an amazing nostalgia for anyone that has played all of these games. At the time of writing this there was a selection of 25 different character to choose from, each with their own unique set of skills and abilities. All these characters to choose from fit into one of four categories; warrior, support, assassin, specialist. The warrior class is made to be a tank or damage sponge. 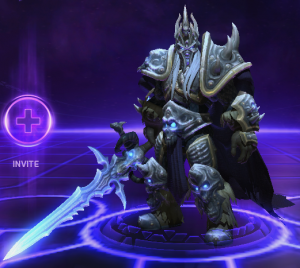 It is the warrior’s job to be in the front line holding the enemy team from getting to your team. A support is made to help your team. The support either heals, gives shields to absorb damage, or has some other defensive capability that helps strengthen your team with the possibility of hindering the other team in some way. Assassins are the biggest damage dealers in the game. Assassins are made to deal out a lot of damage in a short amount of time and then run away as their own survivability is very weak. Specialists are anyone who does not fit into one of these three categories. Specialists can have a mixture of the other three classes or have other abilities that are unlike any other. Some of these abilities could be traps that lay in wait for the enemy, or you could be a character that doesn’t actually engage in combat himself but rather sends waves of minions out for him.

Maps – Unlike many other MOBA games HotS offers a variety of maps with different secondary objectives on each one. Ranging from a pirate ship to a set of undead mines each map will offer something slightly different each time you queue up to play. Some of these maps offer only two lanes to fight towards their base with and others offer three. With the map and character variety there will never be the same game twice.

Items – Items are another detail that Blizzard doesn’t follow the typical MOBA build with. In HotS there are no items to purchase and all ‘gold’ or currency has been removed from the game. This allows players to focus entirely on playing the game rather than deciding when to return to the base and what items to purchase while there.

Leveling (In Game) – As stated earlier there is no more individual leveling and is accomplished as a team. Any time a minion or hero dies the team earns experience and after a certain amount will level up. At every even level there will be an opportunity to pick a new talent for your individual character. Each of these talents you are able to pick will vary from character to character and from level to level. They will vary from passive abilities that may increase your auto attack damage or an active ability that could heal you when pressed.

Death – Thankfully dying is not permanent. Upon dying you will be unable to do anything but watch your teammates fight on without you for a set period of time. Upon this time limit expiring you will revive again at your starting base and be allowed to fight once again. As the game progresses the amount of time you will be dead will increase.

Soundtrack – Like all Blizzard games the sounds and music are nothing to scoff at. The elegance of their music in the game is perfect for background music in HotS. Though it is typically quiet and not overpowering it fills any gap in the game that there may be, whether it be while dead or running to a new location on the map. 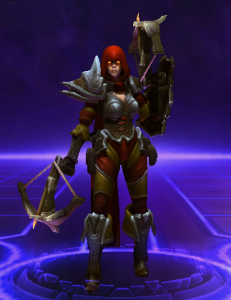 Options – There are many different options to allow you to change your screen resolution and sound volumes. The most original option that I am liking in HotS is the ‘friend’ options. There are a variety of options to block all chat and/or invites from anyone that is not your friend. For me personally this is a very welcome option as I don’t normally add people to my friend’s list that I don’t know. I like playing with people I know and this option will allow me to do so without the spam that can be obtained from random players that are not your friend.

Mounts / Skins – Each character and mount comes with a default skin that every player is allowed to use. With real-life currency players are allowed to purchase additional skins for each character in game. These skins don’t add any type of advantage but act more as visual candy than anything else. Different mounts are also available to be purchased with real-life currency as well. These too have no tactical advantage but are visually appealing to those with extra money to spare or to others that want to support Blizzard in a financial aspect.

Our Review Score: I give this game a 4.0 out of 5.0. Even for a current alpha-state game this game is really good. If Blizzard wanted to release it tomorrow they would have a fully functional game that is fairly evenly balanced just without a lot of character selection.

Final Thoughts: Overall HotS is a very slick game very early it its life. If Blizzard continues to improve it more before release I believe that my League of Legends gameplay time will come to a minimum and more energy will be spent on this game.
Final Concerns: My only concern with this game is the community as a whole. Typically in MOBA games the online community is a very angry and arrogant group of players. It isn’t fun to continuously have to play with these types of players and MOBA games seems to always bring them out. The basis of removing the ‘solo’ aspect of the game and focus entirely on ‘teamwork’ I believe will help quell some of these players but only time will tell. 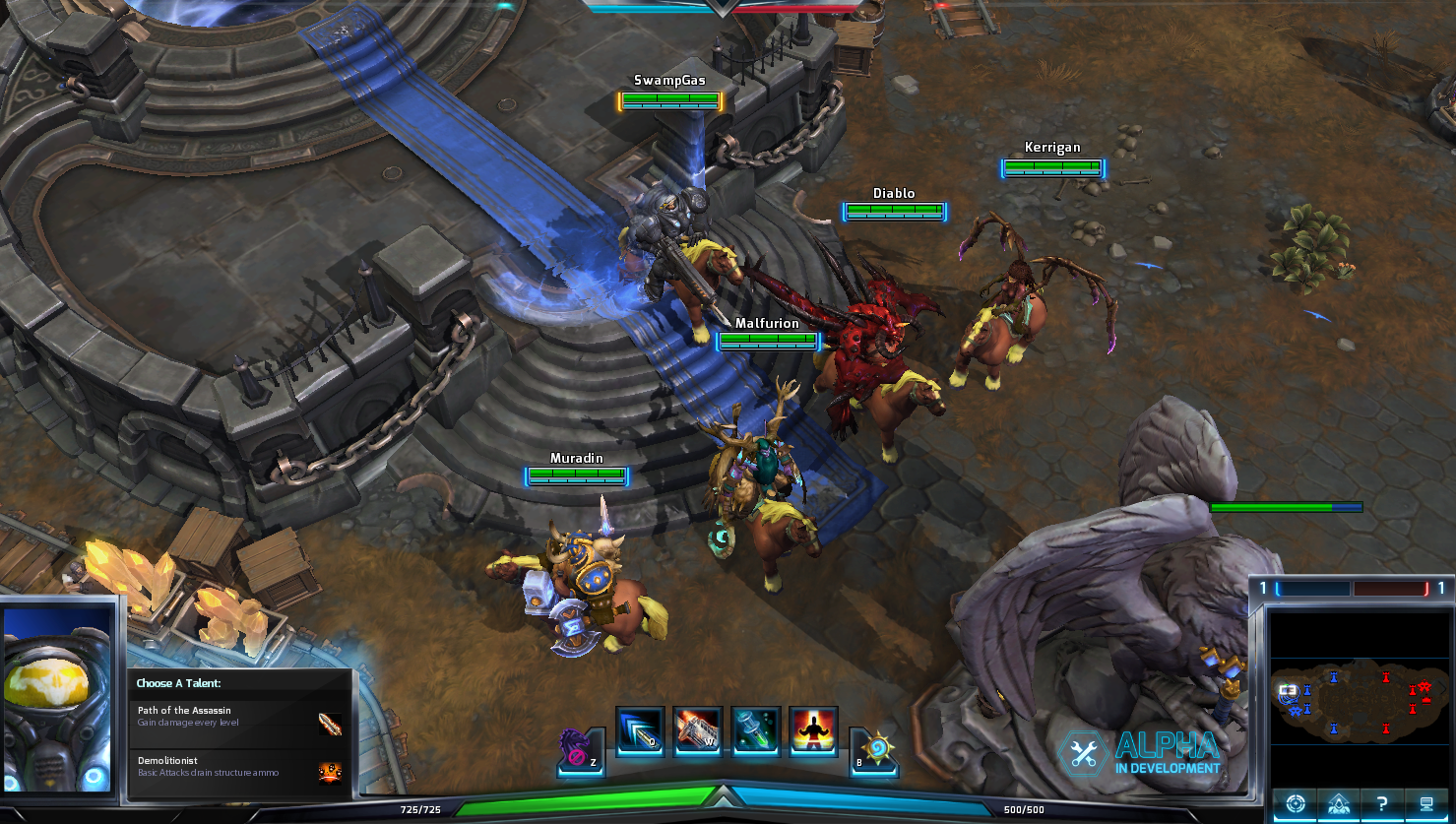