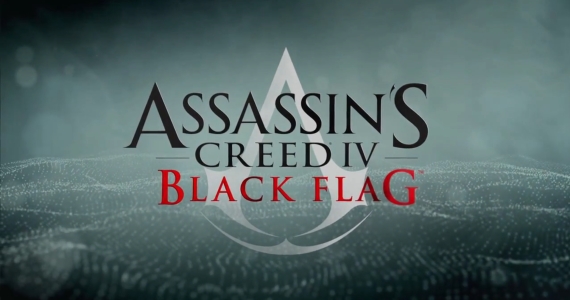 What’s up everybody? Today we will be giving you a preview of the Assassins Creed 4: Black Flag, exclusive never before seen footage that we saw at PAX last weekend. First off let me say that I have always loved the Assassins Creed franchise, yes even the first one, but the series has kinda lost some of its originality and excitement in my opinion. This all changed after we saw the new gameplay footage of Black Flag, all my fears and doubts about this game and series have been extinguished. The trailer starts off with our new hero, Edward Kenway, on a small pirate island where we learn that Edward can recruit new crew members and also access the local tavern to gain information, and drink rum of course. Before Edward can access the tavern he must prove himself in a hand-to-hand combat brawl against a few men, after winning the fight you can now access the tavern and access new options.

After having a glass of rum we are shown our first synchcronization point in the game, at the top of the tower we see how beautiful and expansive the world really is. We can see miles and miles of oceans, islands in the distance and an expansive forest. Every time I see a viewpoint in Assassins Creed I think the next games can’t be better but somehow this one manages to top all of the last ones and blow them all out of the water. Later in the trailer we get to see some underwater gameplay, after buying a diving belt Edward is able to dive underwater and open treasure chests, don’t think it will be easy though. While underwater you obviously have a limited air supply, but you can find one time use air barrels that, yep, give you more air, one time. You could swim back to where you were lowered down as well if you run out of air but things get a little tough when you have to dodge sharks and other predators and still open the chests you need to open. That’s right there are sharks that can tear you apart if they find you, however you can hide in seaweed or other places until the predator leaves and then go back to your business. After seeing the underwater shipwreck we are treated to a viewing of a cave that was only accessible from underwater. The cave is similar to the tombs from earlier Assassins Creeds but this time stealth is a heavy factor. When swimming underwater you won’t be carrying your swords or pistols, so entering the cave leaves you weaponless, you will have to use all of the stealth tactics in your arsenal to make sure you don’t get overwhelmed and killed. The good thing is that every time you kill an enemy he will drop his weapon for you to use against all of his little pirate friends. Inside the cave are three chests that you can find but you do not have to find all three if you don’t want to. 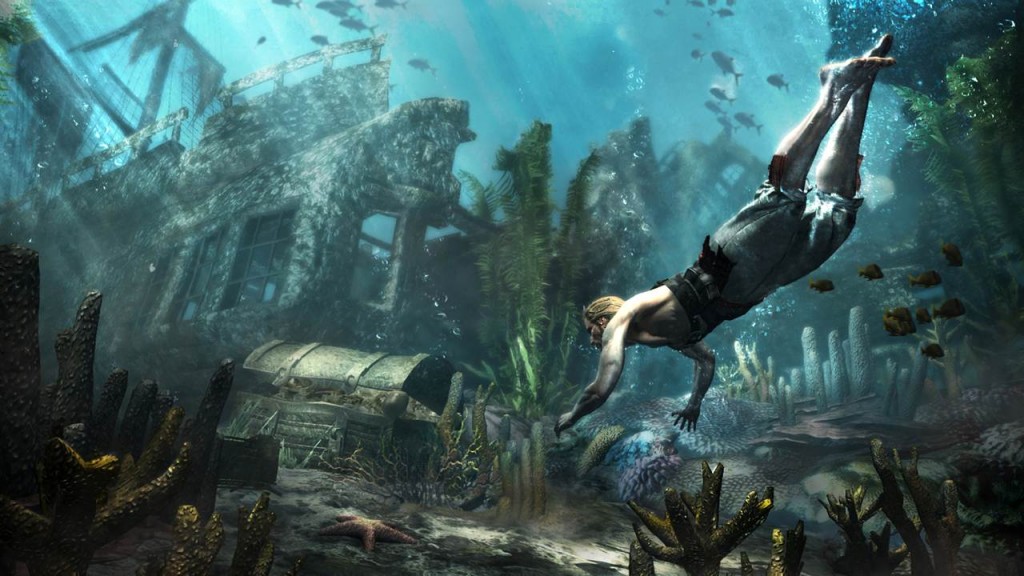 After leaving the cave the trailer moves to the Jackdaw where we learn that after gaining the underwater treasure we learn that we have gained a little notoriety. Fortunately we learn that it isn’t a high level of notoriety and it is actually only one ship. After a nice naval battle, we immobilized the ship, we board the ship and can a few new crew members that surrendered to us. While this time only one ship attacked us, it could have been a whole fleet of ships including numerous Man-O-Wars. Finally we are treated to a new feature in Assassins Creed Black Flag, the somewhat controversial, harpooning. In the trailer we are showed Edward going after a shark, it’s a smaller one but he puts up a heck of a fight. Edward puts multiple spears in him and the shark is still dragging him around like Edward is on skis and not a rowboat. Finally though the shark is killed and is taken onto the boat, we learn that the shark was actually one of the smaller predators we can hunt, with bigger sharks and humongous whales able to be taken down as well. Unfortunately we don’t get to see any of these bigger predators but it doesn’t matter because it only increases my excitement and anticipation for this game. Words cannot accurately express just how beautiful and expansive this game really is, with a ton of new features and the addition of pirates this may be the best Assassins Creed game to ever be released.

Check out some screenshots below for a little teaser of what is to come. 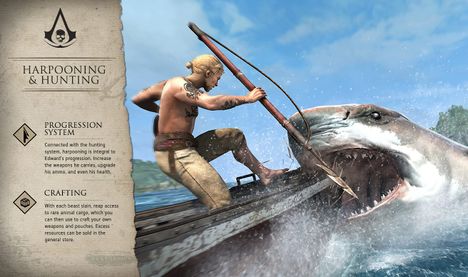 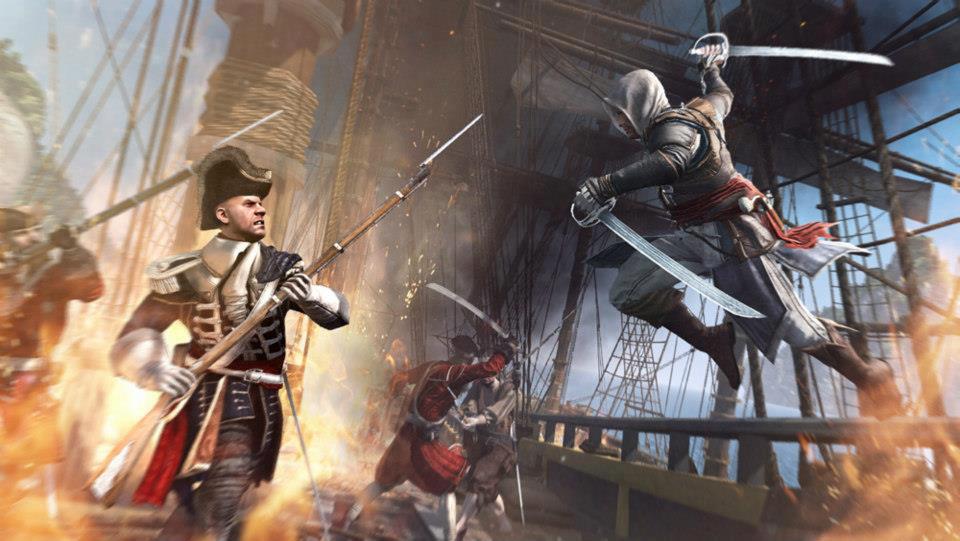 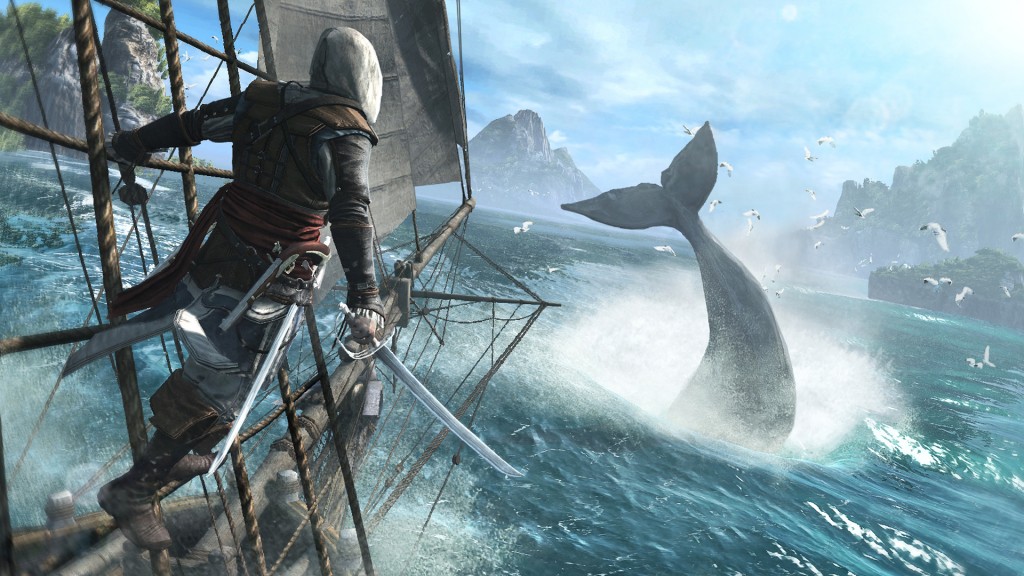