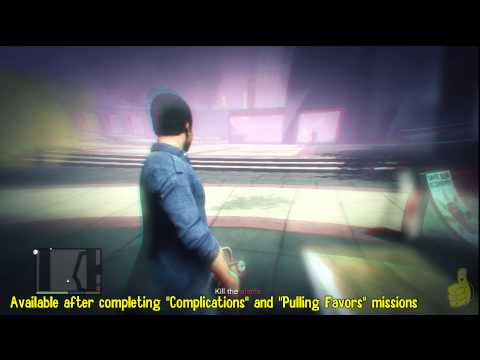 (HTG) Brian takes a quick NOT SAFE FOR WORK OR CHILDREN adventure to play a Strangers and Freaks mission called Grass Roots at the park for a stoned alien invasion in the new “Grand Theft Auto 5” just released for PS3 and Xbox 360. Grand Theft Auto 5 aka GTA5 provides a pretty awesome “trip” while playing the Grass Roots mission. After a couple puffs of some super weed you hallucinate and see aliens chasing you trying to invade the planet. This mission can be played after completing “Complications” and “Pulling Favors” GTA V missions. We didn’t get the gold rating but we do tell you how to get them. We really had been busy and were planning on passing this game up for coverage, but you guys spoke clearly you wanted HappyThumbsGaming to cover Grand Theft Auto 5. So make sure you drop some comments below or head over to our Facebook page and tell us what videos you would like to see done. You need a stunt jump? How about some collectibles? Let us know and we will see what kind of Grand Theft Auto 5 help we can provide!