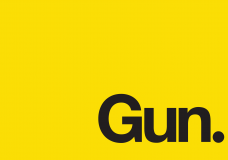 Gun Media is working with Might Rabbit Studios to develop a free-to-play, hybrid tactical shooter that focuses on delivering a truly AAA experience on the mobile and handheld market. Breach & Clear, for those who don’t know, puts gamers in the boots of some of the world’s most highly trained Special Operations units, each with an extreme amount of care and detail. With an abundance of customizations, authentic content and a squad management system, Gun Media has us anxious to get back to playing games on our mobile devices.

Breach & Clear has been on our radar for a few months thanks to a tip from one of our friends, and now today we can share in a little more detail how it will look and what to expect from your Android and iOS devices when Breach & Clear hits your mobile store of choice.

Recently we contacted Gun Media and let them know of our curiosity and they promptly replied back giving us some fine details about gameplay and what to expect over all. Here is what they shared with HappyThumbsGaming and what you have to look forward to! 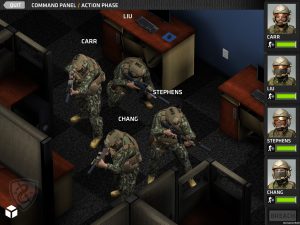 Part real-time, part turn-based, the gameplay in Breach & Clear mates precise planning
with intense action. During the planning stage, players devise their routes and tactics.
Then your plan unfolds in real-time, with little opportunity to correct your mistakes. And
because planning stages occur every eight seconds, this affords the player and CPU have
numerous opportunities to outsmart or outmaneuver each other. This mixture of
meticulous planning and intense action make Breach & Clear truly unique.
During the planning stages players can perform one of three unique tasks: movement,
tactics, or using a consumable, although certain perks may allow multiple actions in one
turn.

Players plan the movements for each of the four soldiers in the unit separately,
allowing them to move to any circle on the map within a designated range. Touching
and holding the desired circle on the map activate your final destination waypoint – the
position that soldier will assume by the end of the next action stage. 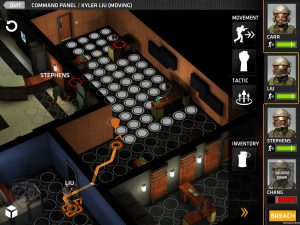 Once your destination is confirmed, it’s now time to set the direction of your
“vision cone.” The vision cone can rotate a full 360 degrees, and represents the field of
vision or line-of-sight for the chosen squad member. The soldier will have an advantage
over any enemy that steps into his FOV, so properly setting the vision cone after
movement is vital. A single rotation and release of your finger will set and activate the
cone’s position.

As in most tactical shooters, cover plays an extremely important role in Breach
& Clear. Both half and full cover can be used to help protect your squad from enemies.
Both full and half cover are represented in the form of a shield, either fully colored or
half colored, respectively.

Consumables can provide a needed boost or last minute-savior for your squad
and include med packs, frag, and flashbang grenades, ‘Kill Cliff’ recovery drinks and even
sniper support. Breaching charges, UAVs, and CIA Intel packets are also listed as
consumables, but must be used at the start of the mission, or “pre-breach” as it’s known
in the world of Special Operations.

Much like consumables, tactics can be used as an alternative to movement.
Each class has one or two specific tactics that can be activated during gameplay. For
example, the Breacher’s initial tactic is “Throw and Go,” which allows him to throw a
grenade (consumable) and move in the same turn. Some tactics provide benefits to a
single squad member, while others aid the entire team. A full list of tactics can be found
in the Classes, Perks, Skills, and Tactics section below. 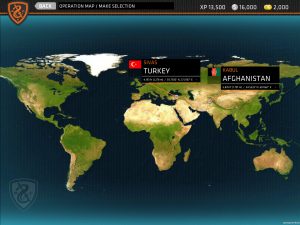 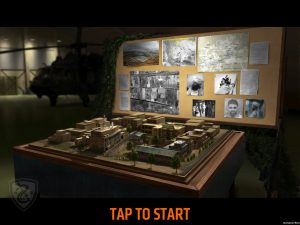 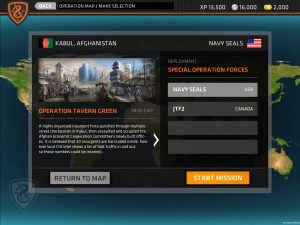 In Breach & Clear we’ve taken social media integration to the next level. By creating an
operative from scratch using our custom Facebook integration feature, each of your
real-life friends can now fight alongside you in Breach & Clear. Real-time statistical
information keeps your friends updated on their soldier’s status, and alerts them of
various milestones throughout their career. This process is 100% elective!
Marketplace and Economy
Breach & Clear features a robust and incredibly in-depth marketplace meant to cater to
all gamers. The team behind Breach & Clear believes strongly that all players, paid or
not, should be treated equally. The marketplace grants users access to an extensive
array of guns, gear, and consumables.
Breach & Clear uses a dual economy system that unlocks weapons and gear through
experience (XP), and then allows players to acquire items through silver. All premium
items are offered through gold.
XP is acquired through playing the game, with XP awarded at the end of each mission.
This XP is then used to unlock items in the store. XP cannot be purchased through gold
or silver. Here are examples of marketplace items you can expect to find:
– Special Operations Units: SEALS, JTF2, Ranger, and Army Special Forces at
launch, 36 additional planned for future updates.
– Guns: 40+ planned.
– Gear: hundreds of customization options, including vests, helmets, optics,
suppressors, lights, camouflage, and more.
– Consumables: Includes flash and frag grenades, breaching charges, med packs,
“Kill Cliff” recovery drinks, and even sniper support!

There is more info regarding the customizations and leveling up of the characters, but we want to make sure we save some of the excitement for day 1 download enjoyment. Currently we do not have a release date for Breach & Clear, however they do plan to make an appearance at PAX this year, so if your there be on the look out for the Gun Media and/or the Breach & Clear logos and make sure to tell them that HappyThumbsGaming sent you! More then likely you will find us at their booth as well!