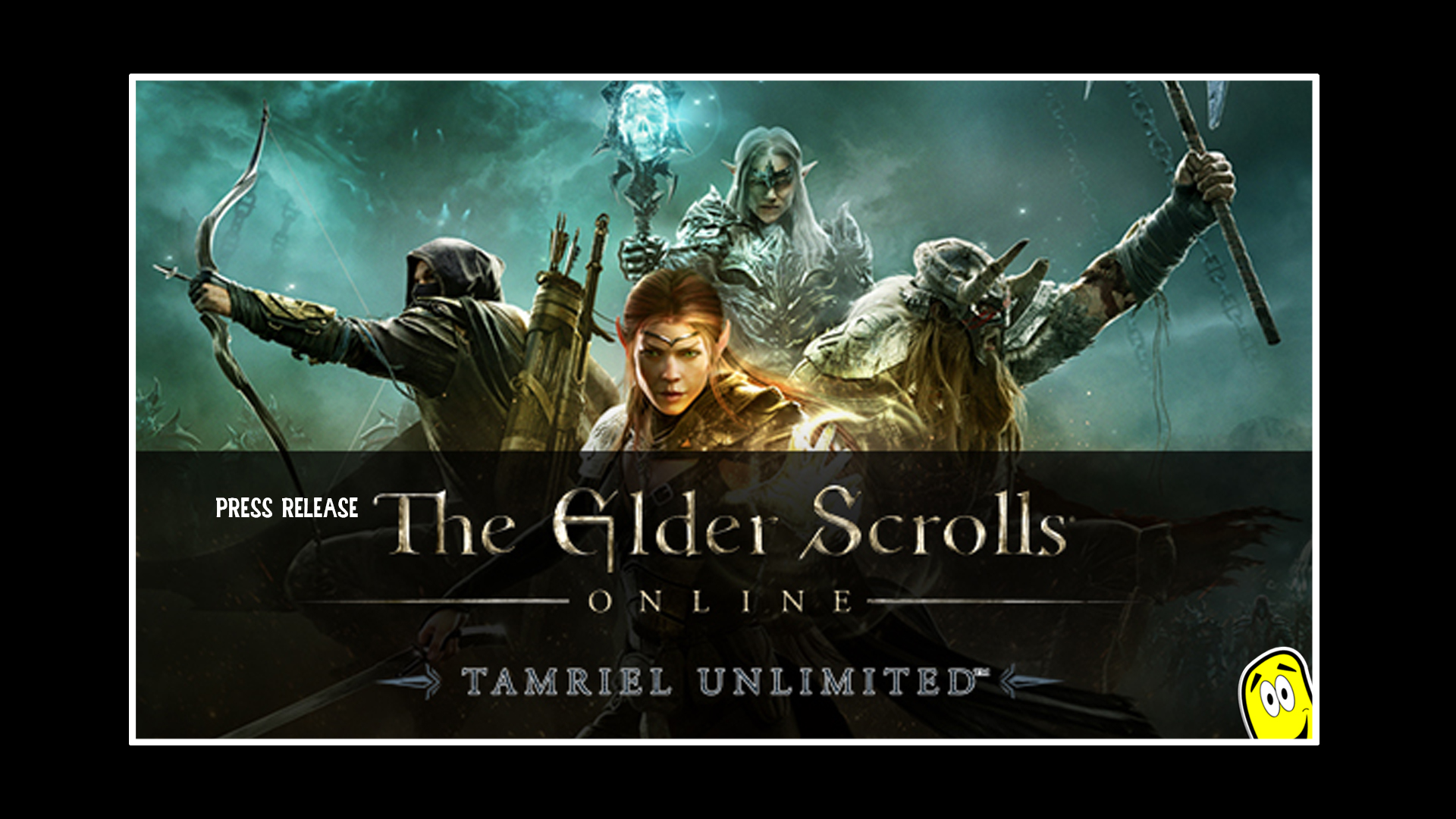 June 9, 2015 (Rockville, MD) – Bethesda Softworks®, a ZeniMax® Media company, today announced that its award-winning multiplayer role playing game, The Elder Scrolls Online: Tamriel Unlimited, is now available worldwide for Xbox One, the all-in-one games and entertainment system from Microsoft and the PlayStation® 4 system. For the first time in history, players worldwide can now explore the legendary world of Tamriel with their friends on console. In the latest and biggest Elder Scrolls game ever created, players can embark on heroic single-player quests, explore the sprawling world of Tamriel with friends, or join forces with hundreds of others in player vs. player battles as they unravel the secrets of a persistent Tamriel.

“The team has created a great console multiplayer experience for fans of The Elder Scrolls,” said Matt Firor, game director of The Elder Scrolls Online: Tamriel Unlimited. “We can’t wait for this new group of players to jump in and explore the world of Tamriel with their friends.”

The Elder Scrolls Online: Tamriel Unlimited, developed by ZeniMax Online Studios, includes all the great gameplay from the original PC/Mac game, plus all the updates and content additions. Players make a one-time purchase of the game and play, without restrictions, for as much as they like – without game subscription fees. Tamriel Unlimited is supported with special, optional downloadable content available for purchase and an in-game Crown Store for convenience and customization items. In addition, Bethesda offers ESO Plus™ to players who wish to pay a single monthly charge for  a premium membership service, providing exclusive in-game bonuses, a monthly allotment of crowns to use in the store and access to all DLC game packs while a member.

The Elder Scrolls Online: Tamriel Unlimited has been rated M for Mature by the ESRB and is priced at $59.99. For more information please visit elderscrollsonline.com.

If you would like any more information on The Elders Scrolls Online, let us know. If you have any questions or comments about this game, feel free to ask them on any of our social pages: (Facebook, Twitter, Google+, Instagram or our YouTube) and we will do our best to get back to you as soon as possible. While you’re on the above pages, be sure to like, follow and subscribe to stay up to date on the latest news and information that we have for you guys. We hope you find this review and all other things HTG to be useful and entertaining! Thanks for reading! #BooYaKaShouw